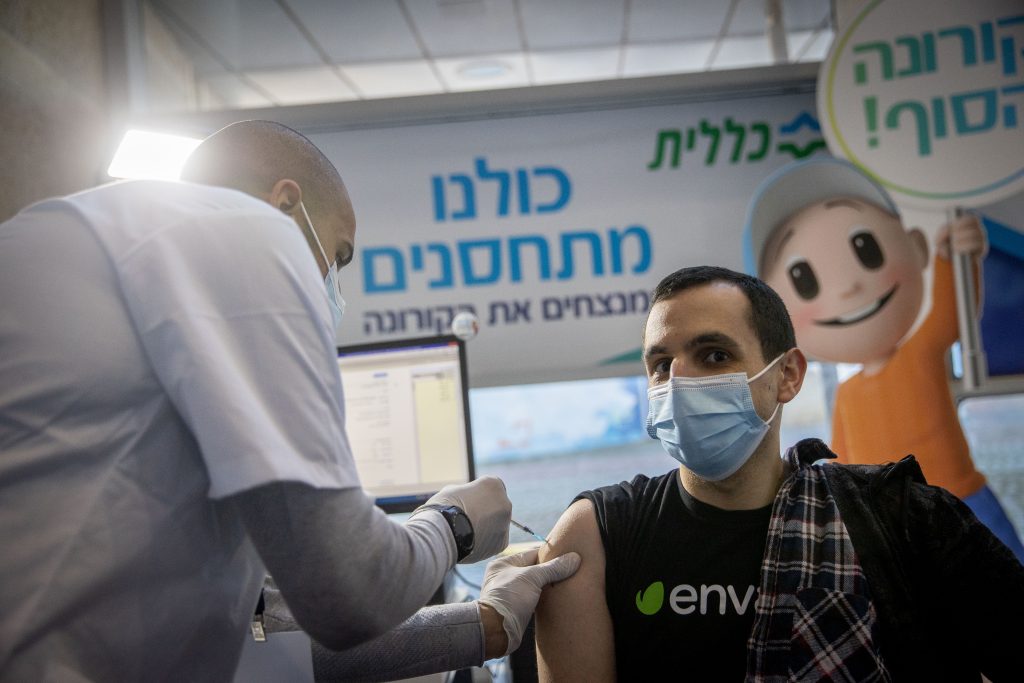 Allergic reactions to the Covid-19 vaccine have been few, and should not prevent allergy sufferers from getting inoculate, according to the Israel Association of Allergy and Clinical Immunology in a report released by the Health Ministry on Thursday.

“To date, about 20 million vaccine doses have been given worldwide and only a few cases of significant allergic reaction have been observed, and not a single case of mortality,” it said.

“We would like to clarify that in the vast majority of cases an immediate allergic reaction is an antibody-directed response to something that is familiar to our body, while the vaccine is a new and unknown substance. Therefore, there is no increased risk of an allergic reaction to the vaccine in anyone known to be sensitive to inhaled allergens, foods, medications, latex, X-ray contrast materials, insect bites and even in patients with chronic urticaria.”

The most common side effect reported after a second coronavirus vaccine shot was light pain at the injection site.

Out of a sample of 1,735 medical workers, the hospital said nearly 37 percent of those vaccinated felt side effects. Of those who did, the most common was some soreness in the arm, which was reported by 51%.

Another 32% said they felt localized pain that limited their movement, while 11% reported slight swelling, 5% localized redness and 1.5% paresthesia in the area of the infection.

Only a small percentage felt the need for medical attention. Just under 97% of those who reported side effects didn’t contact a doctor and only 0.28% were taken to an emergency room.