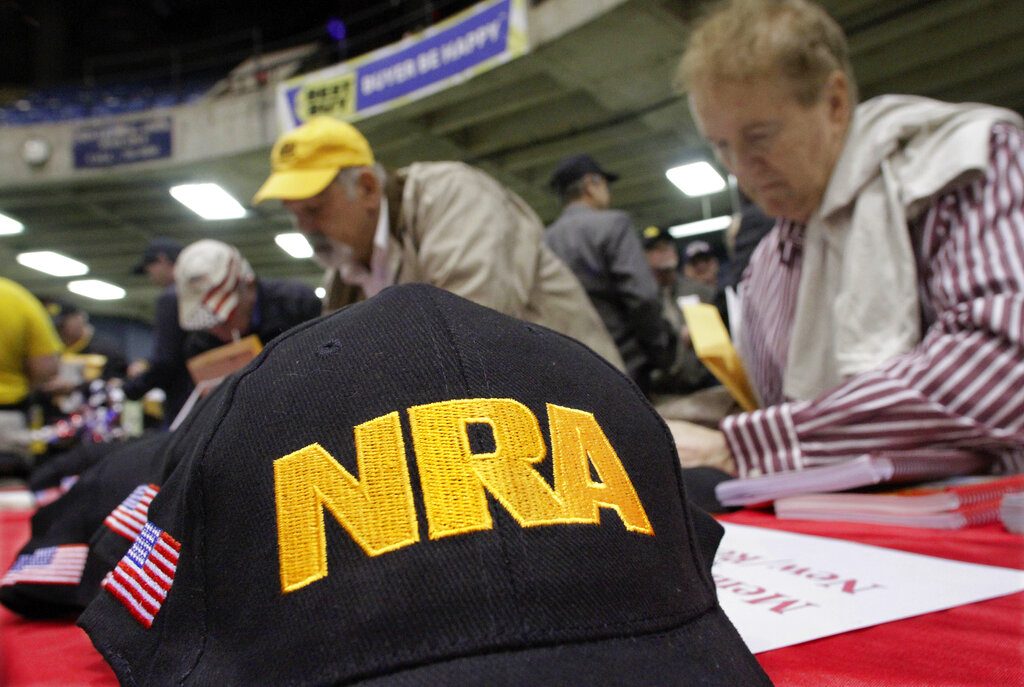 The National Rifle Association is in a double-barreled legal battle for its future, moving forward with its bankruptcy case while fighting accusations it only sought Chapter 11 protection to avoid a potentially crippling lawsuit.

Lawyers for the influential advocacy group told a federal judge Wednesday that the organization’s decision to declare bankruptcy, with plans to reincorporate in gun-friendly Texas, was not an attempt to dodge a lawsuit brought by the attorney general in New York, its current corporate home.

“New York is a hostile environment for second amendment advocacy that’s no secret, and it’s no accident,” NRA lawyer Sarah Rogers told the bankruptcy judge, Harlin DeWayne Hale, at a hearing in Dallas.

But another NRA lawyer, Patrick Neligan, said that the organization was “not afraid” of fighting the lawsuit filed by New York Attorney General Letitia James and wouldn’t use bankruptcy proceedings as protection.

A lawyer for James, a Democrat, said despite that pledge, they were still concerned the NRA was attempting an end-run around the case, pointing to a press release in which the organization said that by filing for bankruptcy it was “dumping New York.”

Neligan told Hale on Wednesday that the NRA filed for bankruptcy in part because it feared “death by 1,000 cuts” not solely from the New York case, but from various lawsuits it faces across the country.

The NRA and James’ office were set to tangle again Thursday before a New York judge over the lawsuit, the latest in a series of state regulatory challenges that spurred the organization’s pivot to bankruptcy.

James sued the NRA last August, seeking its dissolution over claims that top executives illegally diverted tens of millions of dollars for lavish trips, no-show contracts for associates and other questionable expenditures.

The NRA has denied the allegations, said “thwarting the NRA’s corporate purpose is a career goal for James,” and argued in court papers that the lawsuit should be thrown out on technical grounds.

NRA lawyers said claims in the New York lawsuit overlapped with other pending lawsuits and that the matter was better suited for federal court rather than state court.

Assistant New York Attorney General James Sheehan said his office was hiring Texas lawyers to argue on its behalf during the bankruptcy proceedings. Hale said he’d hear more about the state’s lawsuit and other litigation against the NRA at future hearings.

Sheehan also sent a letter Wednesday to the New York judge hearing the dismissal arguments on Thursday, imploring him not to let the bankruptcy matter derail the case.

Lawyers for the NRA and several other defendants, including its longtime leader, Executive Vice President Wayne LaPierre, also sent letters to the state judge, Joel Cohen, stating that they also wanted the case to proceed.

Normally, a bankruptcy filing would halt all pending litigation, but Sheehan said in his letter to Cohen that the state’s lawsuit was covered by an exemption involving a state’s regulatory powers.

The court “can and should proceed with adjudicating the motions in this regulatory enforcement action and, if resolved in the Attorney General’s favor, allow the action to proceed with discovery and trial,” Sheehan wrote in his letter to Cohen.

The NRA filed for Chapter 11 bankruptcy in federal court in Dallas and said it planned to incorporate in Texas, where records show it formed a limited liability corporation in November 2020.

James’ lawsuit highlighted misspending and self-dealing allegations that have roiled the NRA and LaPierre in recent years — from hair care and makeup for his wife to a $17 million post-employment contract for himself.

The organization reported total assets of about $203 million, such as investments and its Virginia headquarters, liabilities of about $153 million, and $31 million in secured debt stemming from three bank loans.

Amid the coronavirus pandemic, the organization has seen revenues drop about 7% but implemented cost-cutting measures including layoffs and pay cuts that reduced expenses by 23%, the court papers said.