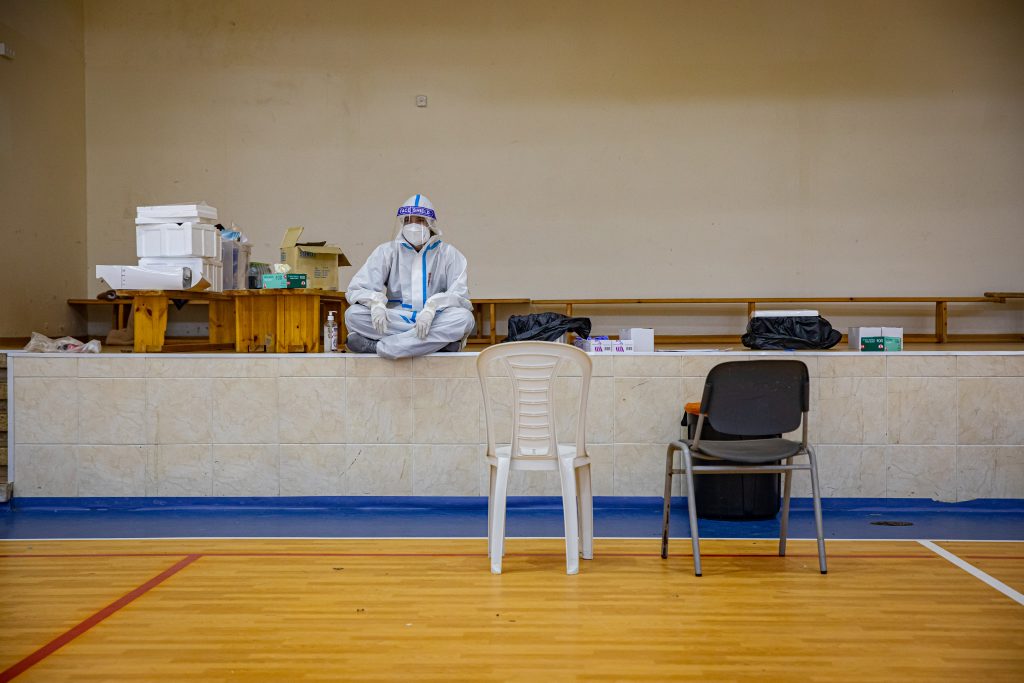 The coronavirus reproduction rate in Israel has fallen below 1 for the first time in at least a month and a half, an update Thursday morning by the Health Ministry showed. This means that each person infected with the disease is on average passing it on to less than one person (0.99): a key figure to reverse the high morbidity.

On Wednesday, 8,174 new coronavirus cases were registered, according to the ministry’s report.

Some 93,283 tests were administered and around 9% of them returned a positive result.

As of Thursday morning, a record high 1,169 patients were listed in serious condition, with 317 of them ventilated.

Israel’s death toll stood at 4,179, with an increase of 37 people since the previous day.

There are over 82,401 active patients currently ill with the disease. At least 16,262 of them live in Yerushalayim, which means one in every five active patients is a resident of the capital.

While the situation in Israel remains serious, with the number of patients in critical condition putting an unprecedented strain on the health system and the number of new daily cases per capita among the highest in the world, the country also continues to vaccinate at a record pace.

With 200,000 people inoculated on both Tuesday and Wednesday, over three million people have received at least the first shot, including 80% of those over 60 years old. In addition, about 600,000 Israelis have already received both vaccines against the virus.