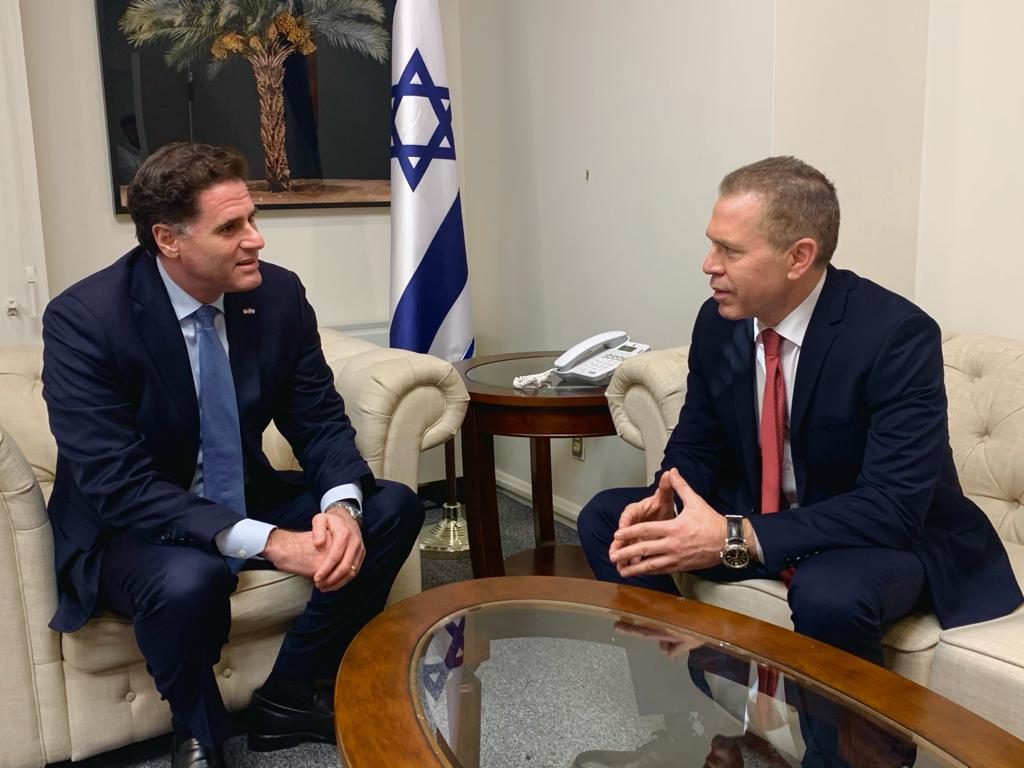 Erdan said Thursday that he has already met with President Joe Biden, the day after he took over the post from Dermer.

“I happened to incidentally meet him on the train to Washington,” Erdan told Kan Bet. “We had a very long conversation about his relationship with Prime Minister Netanyahu and the State of Israel, which runs very deep.”

The Erdan-Biden meeting is noteworthy, because the new president and his transition team had a stated policy not to meet with any foreign government officials before the inauguration on Wednesday.

Biden famously likes to take the train from his home state of Delaware to Washington.

Erdan, who has also been Israel’s ambassador to the U.N. since the summer and whose family is living in New York, has also been taking the train to Washington in recent weeks while preparing for his second posting.

“I think we can expect years of expanding cooperation to even more areas beyond the existing ones,” he said. “I think there is a strong basis for optimism.”

That hopefulness went beyond Biden himself, with Erdan pointing to secretary of state nominee Anthony Blinken’s testimony to Congress, in which he talked about the U.S. commitment to Israel’s security and prospects for expanding the Abraham Accords, in which four Arab states normalized ties with Israel.

Erdan will have big shoes to fill, replacing Dermer who had an exceptionally close relationship with Netanyahu. The longtime adviser to Netanyahu played an integral role in the negotiations that led to the Abraham Accords, the series of normalization deals with Arab states during his last few months in office.