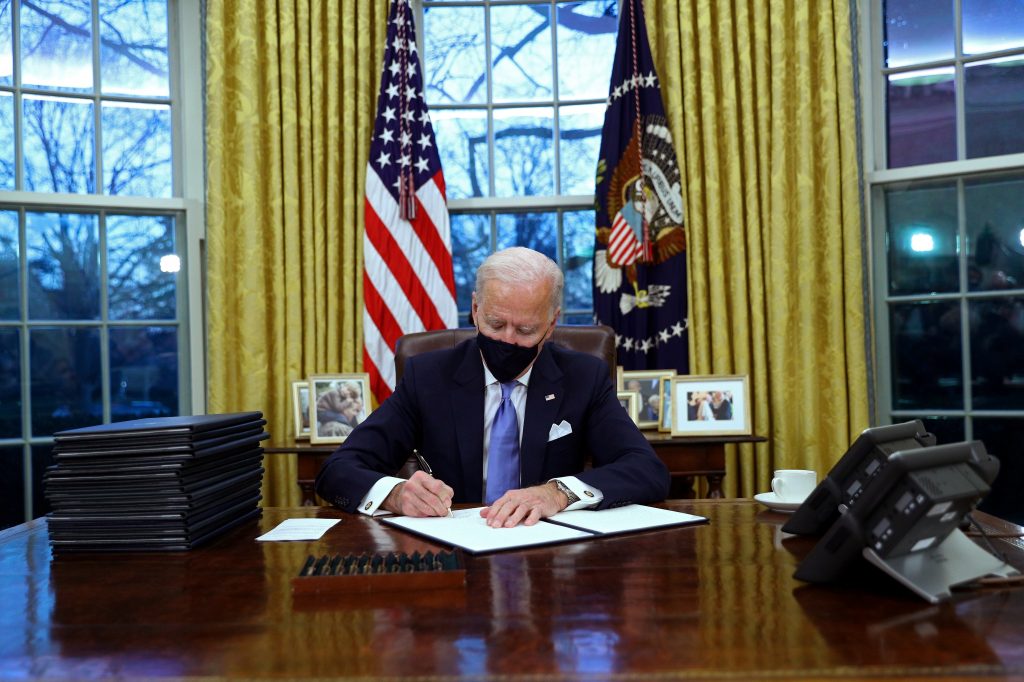 In a reversal of the Trump administration’s hardline immigration restrictions, the Biden administration will present a sweeping immigration bill in one of newly sworn-in President Biden’s first days in office.

As a candidate, Biden vowed to “undo the damage” of Trump’s strict immigration policies, such as ICE deportation’s and family separations, NY1 reported. He has also vowed to undo Trump’s ban on travel from several African and Middle Eastern countries.

The bill, which is estimated to be hundreds of pages, will lay out an 8-year system that will enable the millions of people in the country illegally or with expired papers to apply for citizenship, so long as they pass a background check, pay taxes, and perform other civil duties.

A process to gain temporary legal status with a green card would take five years, and an additional three would be required for full citizenship.

For certain groups, the process would be quicker. That includes agriculture workers the farming industry depends on, protected refugees, and people who were brought into the country illegally as children (“Dreamers”).

It does not expand preexisting work visa programs, or modify border security. It does provide grants to English learning and other workforce acclimation programs, and does seek to address root issues of immigration from Central America, such as poverty and gang violence.

Despite the tense partisanship in Washington, Republicans and Democrats have both made efforts to reform the country’s outdated and convoluted immigration system. A bipartisan immigration overhaul would be a political boon for both parties.