Politics Biden Accused of Hypocrisy for Not Wearing Mask
Politics 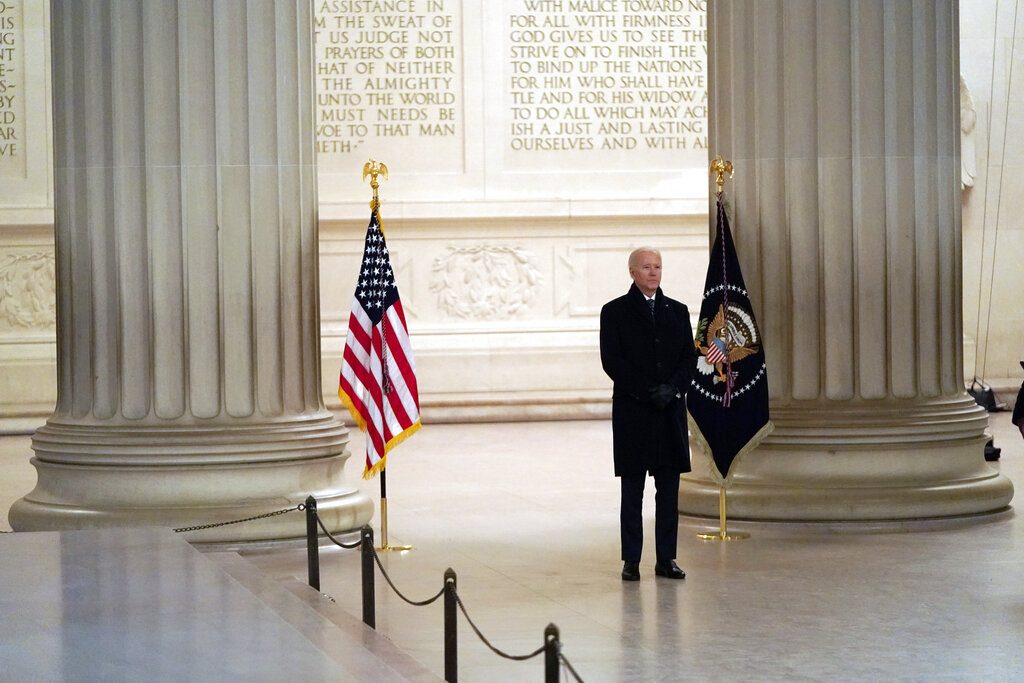 President Joe Biden was the receiving end of double standards accusations when he removed his mask before a speech, Fox News reported Thursday.

Biden took off his mask to deliver a speech from the Lincoln Memorial on Wednesday night.

Earlier that day, he signed an executive order mandating mask wearing and abiding by social distancing in federal property. The order would apply to federal buildings, by all federal employees and contractors, and for those traveling on airlines, trains and other interstate transit.

The order will not have an effect on states, which have the individual authority to mandate mask wearing. Several states have done so; in New York, those who refuse to wear a mask may be fined.

“Wearing masks isn’t a partisan issue – it’s a patriotic act that can save countless lives. That’s why I signed an executive order today issuing a mask mandate on federal property. It’s time to mask up, America,” Biden wrote on Twitter.