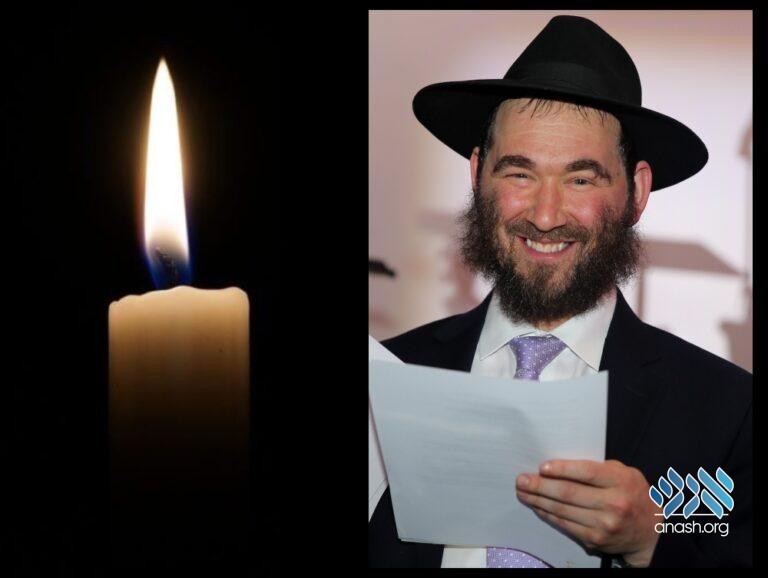 Rabbi Yudi Dukes, the longtime director of Jewish Learning Network, who inspired many mitzvah campaigns in his merit, passed away today, 8 Shevat, 5781. He was 39 years old.

Reb Yudi was hospitalized for 241 days, one of the longest corona related hospitalizations in the world. Throughout it all, thousands around the world davened, learned, and did mitzvos in his merit.

On Yud Kislev, Yudi was finally released home to his family only to return to the hospital the next day due to liver failure. In the past few days, his condition took a turn for the worse.

Reb Yudi was the longtime director of the Jewish Learning Network, or JNet, a worldwide program that pairs people to study Judaism together. Even during his hospital stay, he would be working his phone and his iPad, directing JNet, and connecting people for weekly sessions of over-the-phone Torah-study.

Throughout the entire ordeal, Yudi’s wife, Sarah, bravely chronicled her journey of emunah and bitachon, inspiring others in the face of unimaginable difficulty.

He is survived by his wife Sarah, and their six children.

The levayah will take place today, Thursday, passing by Lubavitch Headquarters at 770 Eastern Parkway at 3:00 PM with kevuarh at Old Montefiore Cemetery at 4:00 PM.