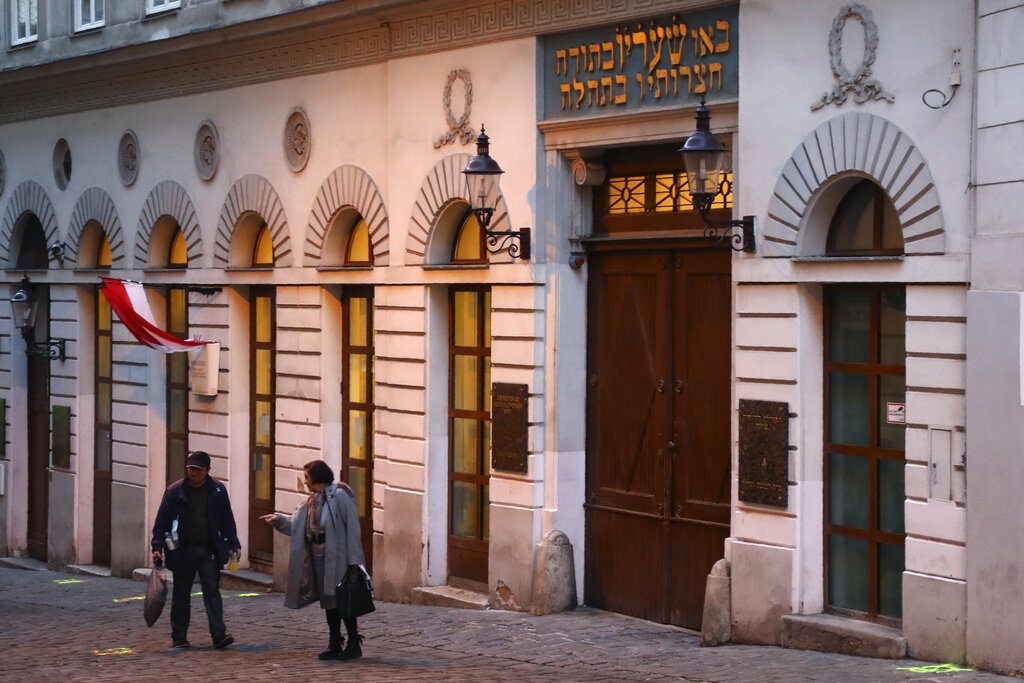 The Austrian government on Thursday presented a national strategy on fighting rising anti-Semitism that includes improving the protection of synagogues, improved education about Judaism and stricter prosecution of hate crimes against Jews.

The Alpine country’s Europe Minister, Karoline Edtstadler, stressed Austria’s responsibility to fight anti-Semitism regardless of whether it comes from the far right, leftists, immigrants or anybody else, Austrian news agency APA reported.

The new measures intend to battle anti-Semitism in all its forms and wherever it expresses itself — from online chat groups to hate speech in corner bars or expressions of hatred against Jews at public protests such as the current rallies against coronavirus regulations, Edtstadler said.

The president of the Jewish community of Vienna, Oskar Deutsch, welcomed the government’s initiative.

“Jews are always the first ones who are affected” by discrimination, Deutsch warned, adding that the fight against anti-Semitism needs to be an effort by the whole of society, not just the Jewish community.

“That is twice as much as five years ago,” she added.