Politics Trump Leaves White House, Says ‘We Will be Back in Some Form’
Politics 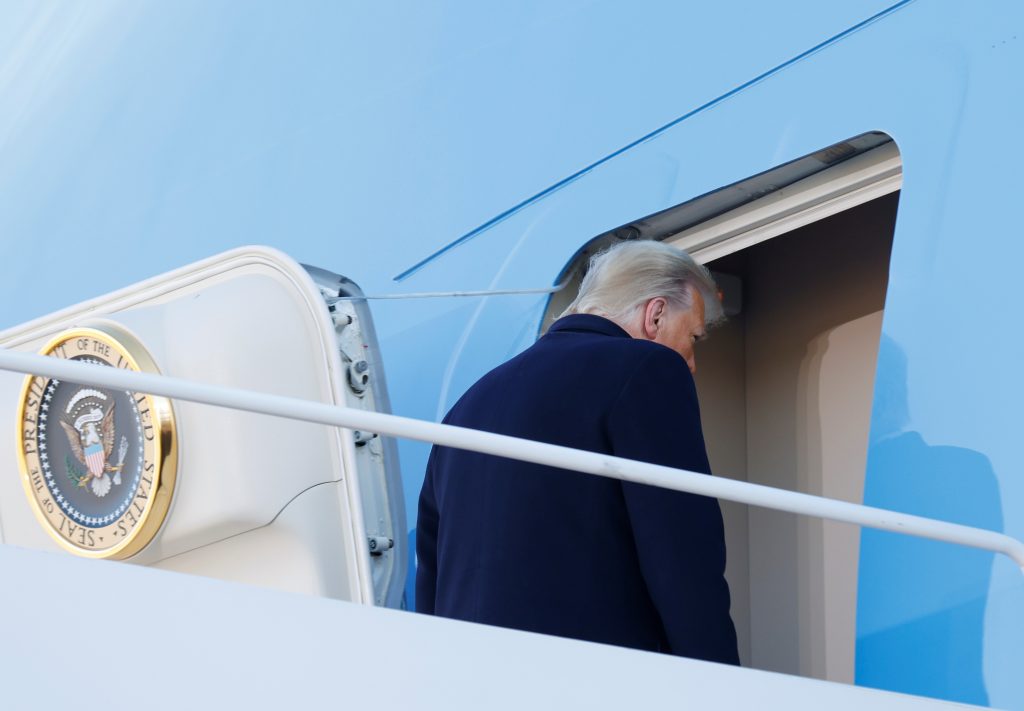 Donald Trump pumped his fist and waved as he departed the White House on Marine One Wednesday for the last time as president.

“It’s been a great honor, the honor of a lifetime. The greatest people in the world, the greatest home in the world,” Trump told reporters before heading to Marine One, rotors whirring, on the South Lawn.

“We love the American people, and again, it has been something very special. And I just want to say goodbye, but hopefully it’s not a long-term goodbye. We’ll see each other again.”

Trump will be the first president in modern history to boycott his successor’s inauguration, though he offered Biden a congratulations in his last speech.

“I wish the new administration great luck and great success. I think they’ll have great success. They have the foundation to do something really spectacular.”

Marine One headed to Joint Base Andrews where Air Force One was parked, a dramatic backdrop against the rising sun. A red carpet had been placed on the tarmac for Trump to walk as he boarded the plane. Four U.S. Army cannons were waiting to fire a 21-gun salute to the president.

Trump and his wife Melania waved to the crowd before heading into Air Force One, which took off, heading for Florida.

By the time Biden is sworn in at noon, Trump will already have landed at his private Mar-a-Lago club in Palm Beach, Florida.

Aides had urged Trump to spend his final days in office trying to salvage his legacy by highlighting his administration’s achievements — passing tax cuts, scaling back federal regulations, normalizing relations in the Middle East. But Trump largely refused, taking a single trip to the Texas border and releasing a video in which he pledged to his supporters that “the movement we started is only just beginning.” In his final hours, Trump issued pardons for more than 140 people, including his former strategist, performers, ex-members of Congress and other allies.

Trump will retire to Florida with a small group of former White House aides as he charts a political future.

Some expect him to eventually turn completely on the Republican Party, perhaps by flirting with a run as a third-party candidate.

But although Trump has left the White House, he retains his grip on the Republican base, with the support of millions of loyal voters, along with allies still helming the Republican National Committee and many state party organizations.