Politics Joe Biden Sworn in as 46th President of the United States, Calls for Unity
Politics 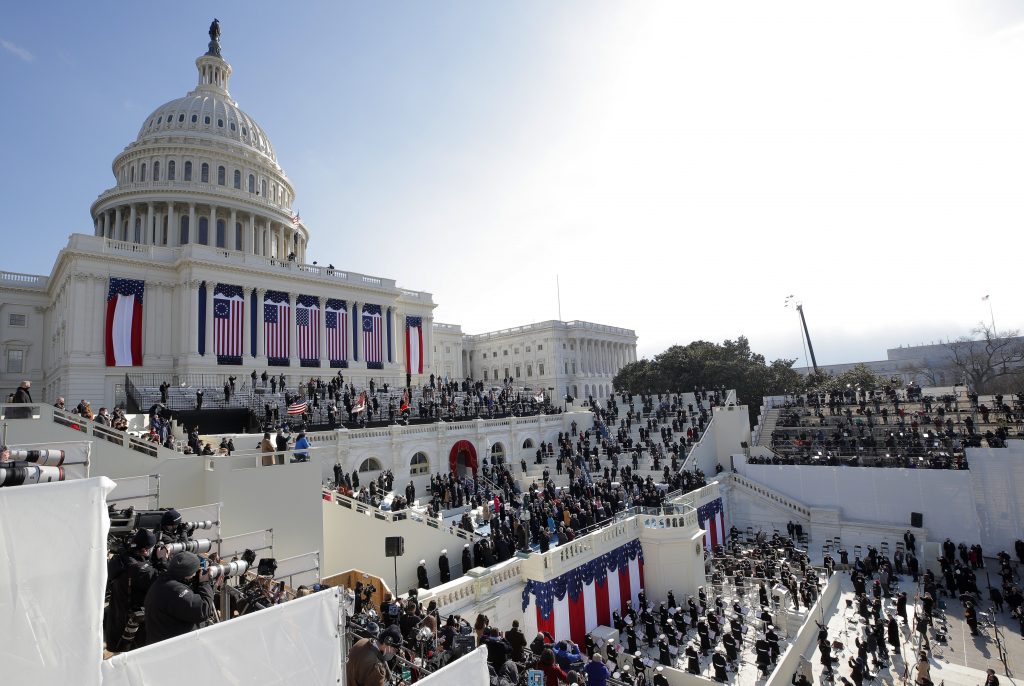 Vice President Mike Pence was in the crowd with other Senate and congressional leaders. President Donald Trump was not, having departed for Florida in the morning.

“At this hour, my friends, democracy has prevailed,” said President Biden, after he swore the oath of office, administered by Chief Justice John Roberts, on his family’s bible.

He emphasized the necessity of protecting democracy, making note of the attack on the Capitol that took place two week ago. “A riotous mob thought they could use violence to silence the will of the people, to stop the work of our democracy, to drive us from this sacred ground. It did not happen. It will never happen. Not today. Not tomorrow. Not ever.”

Biden addressed the coronavirus and the economic crisis his team will face, vowing, “we will press forward with speed and urgency, because we have much to do…much to heal, much to restore, much to gain.”

Biden bowed his head in silent prayer in the memory of the 400,000 Americans who’ve lost their lives to the pandemic. He also quoted Tehillim Perek 30, saying “As the Bible says, ‘Weeping may endure for a night, but joy cometh in the morning.’ We will get through this together.”

He thanked his supporters and reached out to those who did not support him, calling for unity and mutual respect. ” Let’s start afresh, all of us, let’s begin to hear one another.”

He urged easing the bipartisan divide, describing politics as a “raging fire” and said, “We can treat each other with dignity and respect … stop the shouting.”

“This is our historic moment of crisis and challenge. And we must meet this moment as the United states of America. If we do that, I guarantee we will not fail,” Biden said. “We will get through this together.”