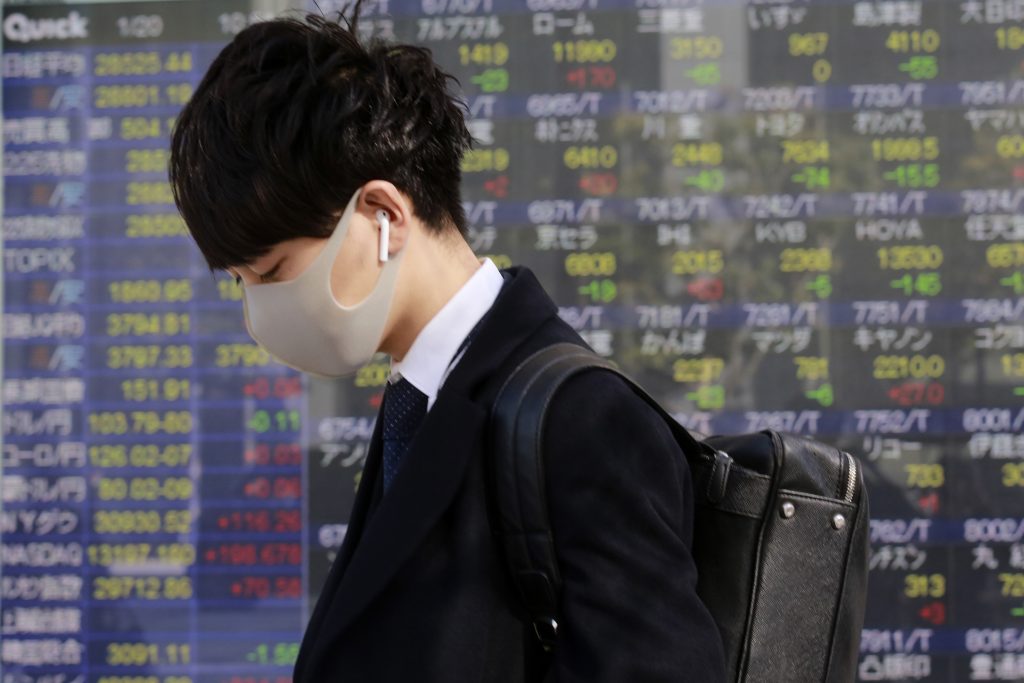 Hopes are growing that Biden’s planned stimulus for the American economy as well as measures to curb the pandemic will boost regional markets.

While many Asian nations have fared better in the pandemic than European countries and the U.S., worries still run high. Main urban areas in Japan, including Tokyo, are under a state of emergency, with evening dining at restaurants discouraged. Critics say that’s not enough, as deaths related to COVID-19 have been rising. A vaccine rollout has not begun in Japan.

“Chinese New Year is less than a month away. With COVID infection numbers already on the rise again in parts of Asia, there are concerns about what the season may mean for efforts to contain the virus’s spread,” said Stephen Innes, chief global market strategist at Axi.

Markets have been rising on enthusiasm about a coming economic recovery as more people are inoculated with COVID-19 vaccines and Washington gets set to try for another round of economic stimulus.

Janet Yellen, Biden’s nominee for Treasury secretary, told the Senate Finance Committee during her confirmation hearing that the incoming administration would focus on winning quick passage of its $1.9 trillion pandemic relief plan.

“More must be done,” Yellen said. “Without further action, we risk a longer, more painful recession now — and long-term scarring of the economy later.”

The plan would include $1,400 cash payments for most Americans. Democrats are also pushing for faster rollout of COVID-19 vaccines, a higher minimum wage for workers and enhanced benefits for laid-off workers. The hope is that such stimulus can carry the economy until later this year, when more widespread vaccinations get life returning to some semblance of normal.

“If most of this is implemented, it does suggest significant pickup in economic growth as we head through to the fourth quarter of this year,” said David Kelly, chief global strategist at JPMorgan Funds.