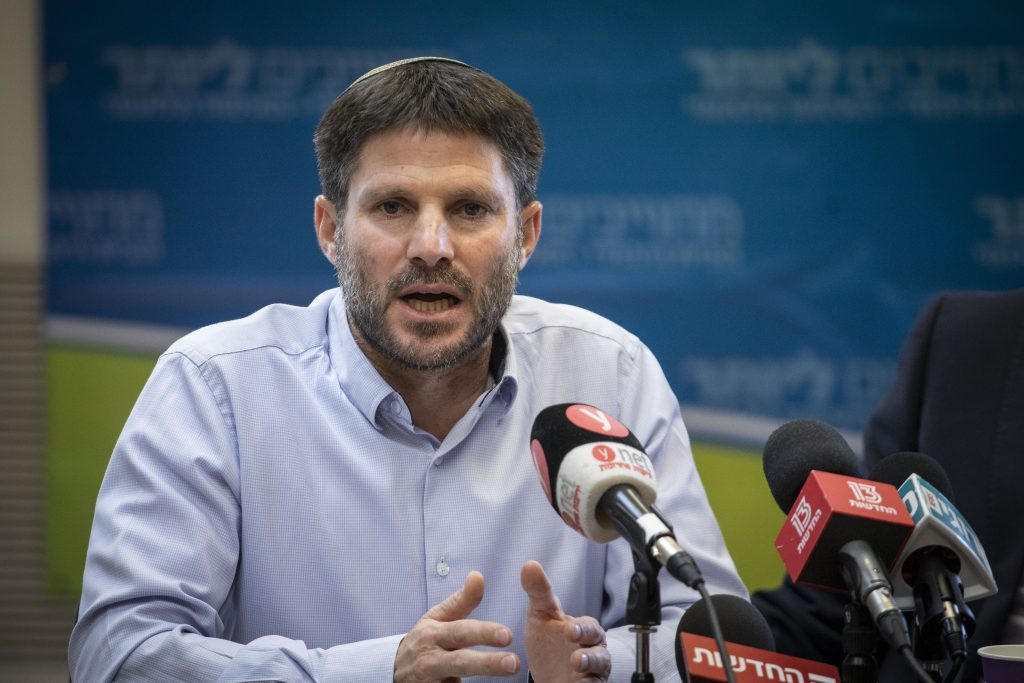 The Jewish Home party on Tuesday night for the first time selected a woman as its leader, choosing Yerushalayim Deputy Mayor Chagit Moshe to head the religious Zionist party.

The development seemed set to secure an alliance between Jewish Home and two other right-wing parties that would back Prime Minister Binyamin Netanyahu in his bid to be reelected.

While Moshe is seen as aligned with Netanyahu, Orbach is a close associate of Yamina party leader Naftali Bennett, who is aiming to replace the Prime Minister.

Speaking after the results came in, Moshe declared she is “committed to uniting religious Zionism,” in a hint at mergers with other parties.

Smotrich, who recently left Yamina to set up his own party, wished Moshe success and echoed her calls for unity.

Otzma Yehudit leader Itamar Ben-Gvir said in a statement he hopes Moshe will be a partner in unifying the religious Zionist movement to “prevent the establishment of a leftist government. Every already knows that without unity to the right of Bennett, a left-wing government will be established.”

In an interview Wednesday, Ben-Gvir called on the religious Zionist parties to unite for a joint election run.

“With Smotrich’s [Religious Zionist party] and Chagit Moshe’s [Jewish Home], we have a realistic chance of getting six mandates and making an impact,” said Ben-Gvir.

A Channel 12 news survey published on Tuesday night found that an alliance of Smotrich and Ben-Gvir could clear the electoral threshold for entry into the Knesset, winning four seats. Joining with Jewish Home would further raise those odds.

Smotrich’s request was supported by 10 MKs. One MK abstained.