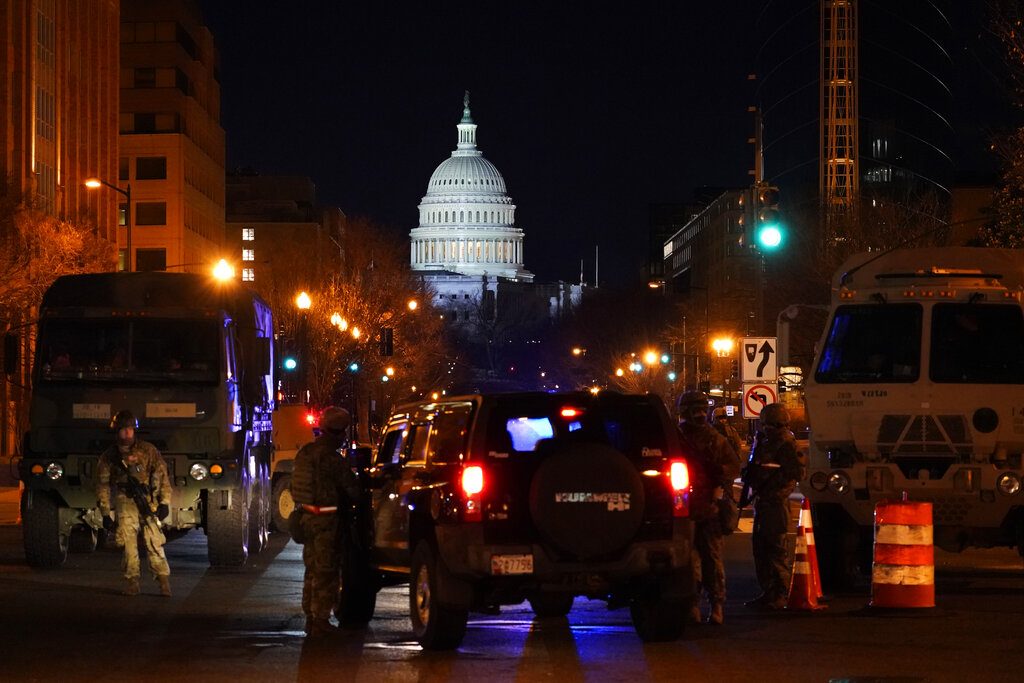 The inauguration of President-elect Joe Biden will take place in a Washington on edge, after the deadly riot at the U.S. Capitol unleashed a wave of fear and unmatched security concerns. And law enforcement officials are contending not only with the potential for outside threats but also with rising concerns about an insider attack by troops with a duty to protect him.

There have been no specific threats made against Biden.

The nation’s capital is essentially on lockdown. More than 25,000 troops and police have been called to duty. Tanks and concrete barriers block the streets. The National Mall is closed. Fencing lines the perimeter of the U.S. Capitol complex.

Checkpoints sit at intersections. The U.S. Secret Service, which is in charge of the event, says it is prepared.

Even in the hours before the event, federal agents were monitoring “concerning online chatter,” which included an array of threats against elected officials and discussions about ways to infiltrate the inauguration, the official said.

And 12 National Guard members were removed from the security operation after vetting by the FBI, including two who had made extremist statements in posts or texts about Wednesday’s event. Pentagon officials wouldn’t give details on the statements.

Two other U.S. officials told The Associated Press that all 12 were found to have ties with right-wing militia groups or to have posted extremist views online. The officials, a senior intelligence official and an Army official briefed on the matter, did not say which fringe groups the Guard members belonged to or what unit they served in. The officials told the AP they had all been removed because of “security liabilities.”

The officials were not authorized to speak publicly and spoke on condition of anonymity.

Their removal from the massive security presence at the nation’s capital came amid worries from U.S. defense officials about a potential insider attack or other threat from service members following the deadly riot at the U.S. Capitol on Jan. 6 by Trump supporters. The FBI has been working to vet all 25,000 National Guard in town. Officials have said the Pentagon has found no intelligence so far that would indicate an insider threat.

The nation’s capital has been on edge since the deadly insurrection. A fire in a homeless camp roughly a mile from the Capitol complex prompted an evacuation Monday during a rehearsal for the inauguration. The arrests of two people with guns who entered the checkpoints set off concerns, though the arrests had no apparent connection to the inauguration.