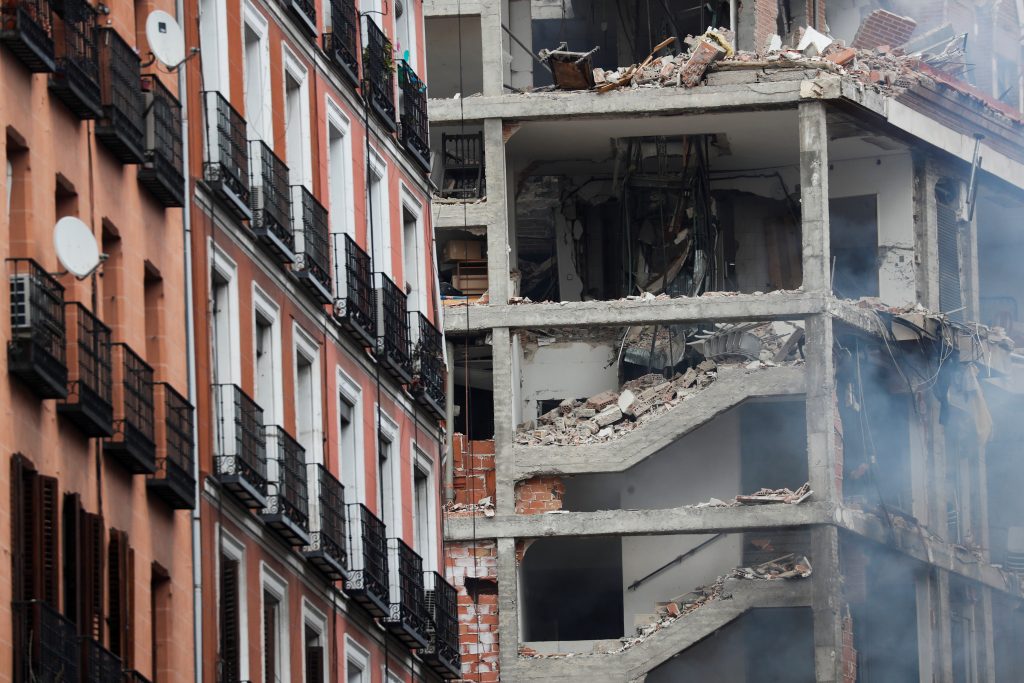 One person was missing after a building collapsed in a central Madrid explosion, Telemadrid broadcaster said on Wednesday.

A reporter for TVE public broadcaster said several people had been injured, without giving details. Emergency services could not immediately confirm if there had been injuries.

A Reuters reporter saw smoke coming out of the collapsed building and rescue workers evacuating elderly people from a nearby nursing home.

The collapsed building was a religious complex that provided residential training for priests and gave meals for the homeless, a neighbor told Reuters.

A police spokeswoman said the area was being evacuated but could not confirm the source of the explosion.

La Sexta news channel quoted government sources saying it may have been a gas leak. Officials could not immediately confirm.

The explosion happened on Toledo Street, in the city center.