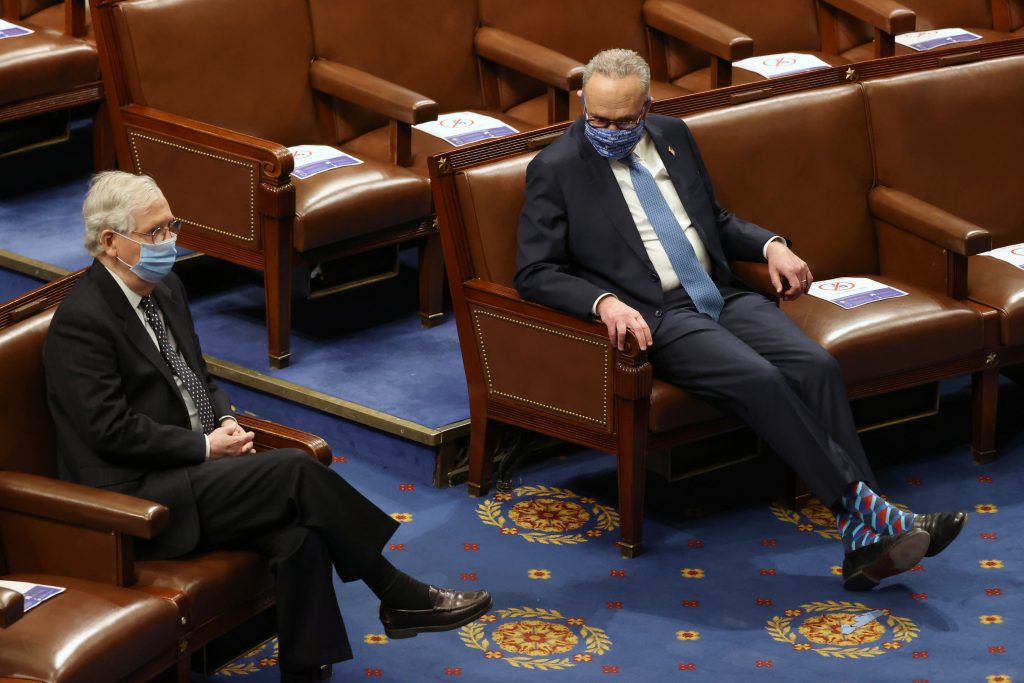 Senate Democratic Leader Chuck Schumer told current Majority Leader Mitch McConnell on Tuesday that the best way to organize the chamber with its coming 50-50 party split would be to adopt a deal like the one the Senate used in 2001, “without extraneous changes from either side,” a Schumer spokesman said.

In a meeting, Schumer and McConnell also made progress on the issues of “quickly confirming President-elect Biden’s nominees and conducting a fair impeachment trial,” the spokesman said.