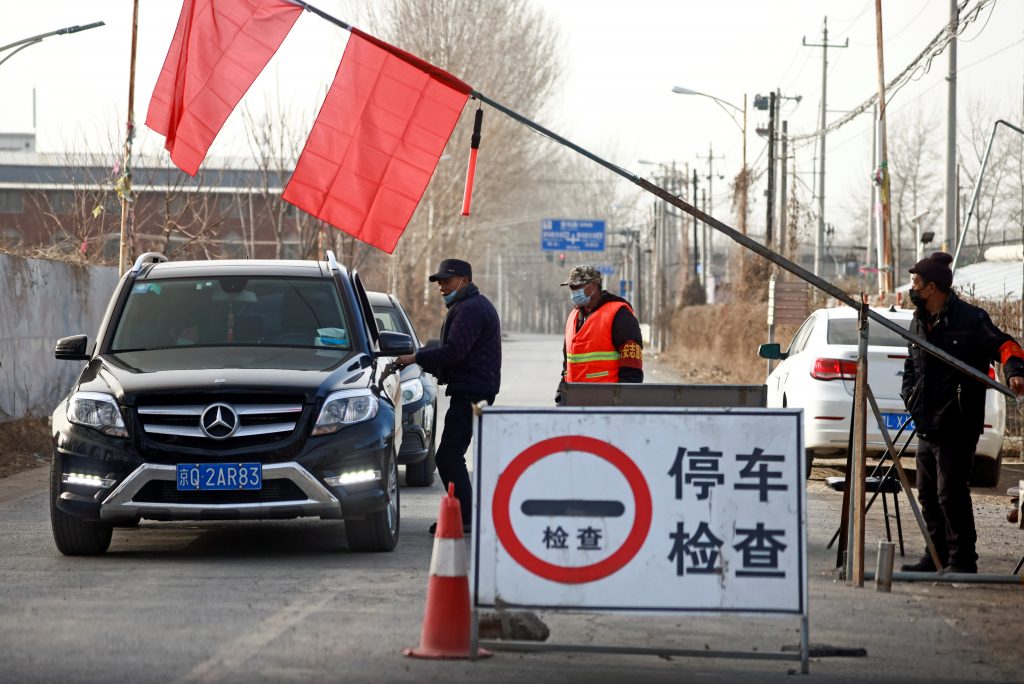 China is using localized tactics to battle a wave of COVID-19 outbreaks, an approach that avoids the sort of widespread shutdowns that devastated the economy last year but is also sowing uncertainty ahead of the Lunar New Year travel season.

In the province of Hebei, which surrounds Beijing and has seen hundreds of infections in the last two weeks, officials were told in a Monday meeting to adhere to the principle of “one village, one policy” and draw up individual plans for each community.

After keeping confirmed new COVID-19 infections to just a handful a day for months, China has seen a spike in cases since the beginning of the year, with more than 100 a day recently, raising fears of a large-scale outbreak.

Addressing new clusters in Hebei and elsewhere, the National Health Commission (NHC) said last week that local officials needed to be on their guard and avoid “one size fits all” solutions.

Though they have been urged not to act excessively, local governments in the worst-hit regions have introduced often draconian measures to shut COVID-19 transmission routes.

“The specifics of restrictions are left to the local officials to flesh out, which means that if anything goes wrong, they will bear the brunt of the people’s and the central government’s wrath,” said Yifei Li, a professor at New York University Shanghai who studies China’s environmental and public health policies.