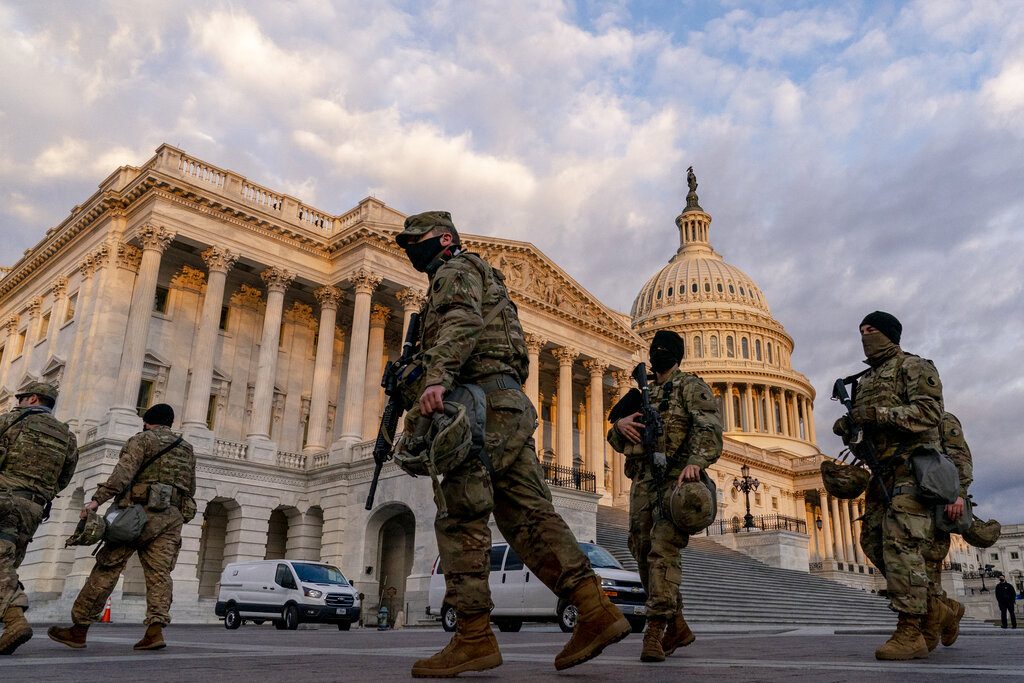 The two were removed from guarding the Capitol, ABC News reported.

Gen. Daniel Hokanson, chief of the National Guard Bureau said, “We don’t allow extremism of any type in our organization.”

At least 21,500 National Guardsmen are in Washington, D.C., to secure and protect the Capitol and Biden’s Inauguration ceremony from any violence.

There are currently quadruple the number of active members of the American military in Washington DC than there are in Afghanistan.