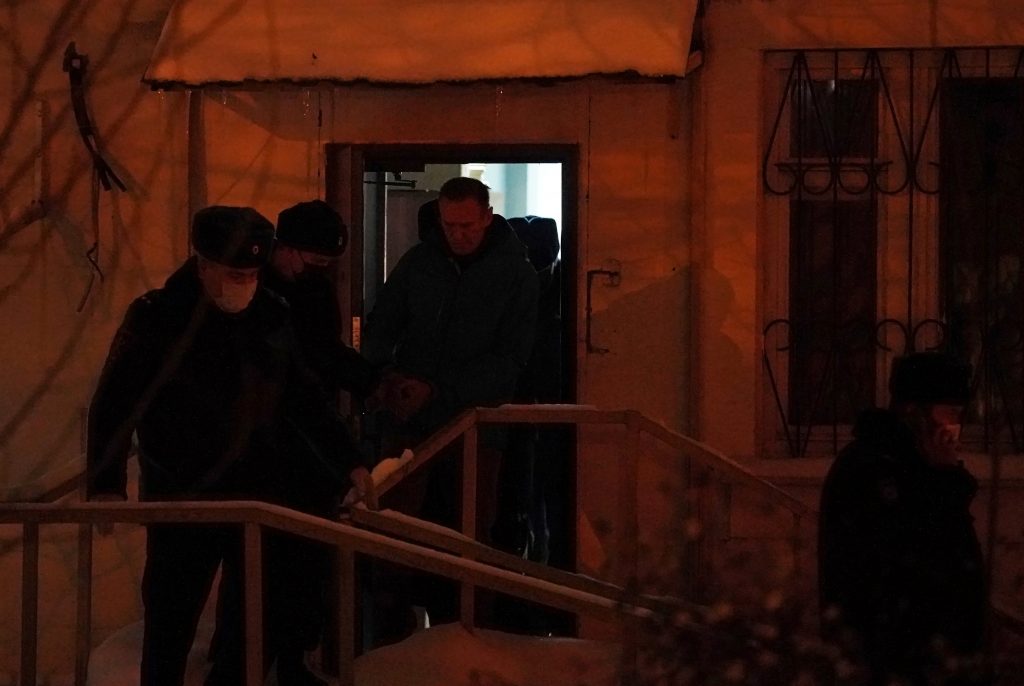 The Kremlin said on Tuesday it would not take into account calls by some Western countries to impose additional sanctions on Russia over the detention of opposition politician Alexei Navalny, saying his case was purely a domestic matter.

Navalny, who has urged Russians to take to the streets in protest, was detained on Sunday after he flew back to Russia for the first time since he was poisoned with a nerve agent last summer and taken into pretrial detention for 30 days.

Lithuania, Latvia and Estonia have said they want European Union foreign ministers to discuss sanctions against Russia over its handling of the case.

Speaking to reporters on a conference call, Kremlin spokesman Dmitry Peskov said Navalny’s calls for Russians to take to the streets over his detention were alarming, but the Kremlin did not fear mass protests.

Peskov also said that Navalny had genuine questions to answer about violating his parole conditions for a suspended prison sentence and dismissed as nonsense the notion that President Vladimir Putin fears him.