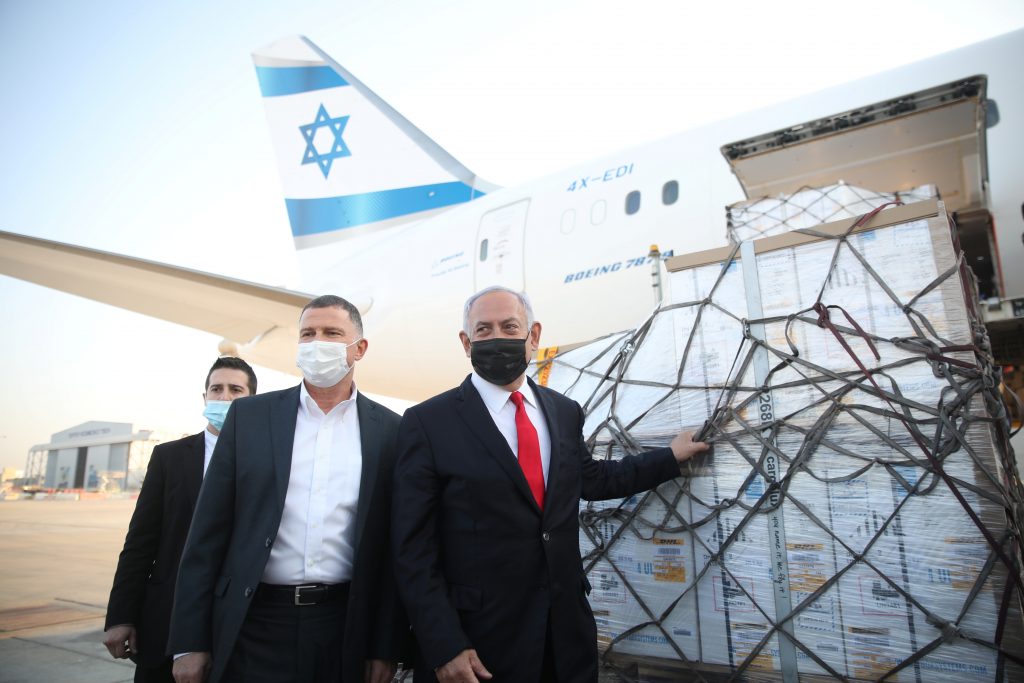 Israel is giving weekly data updates on its COVID–19 outbreak to vaccine maker Pfizer under a collaboration agreement that may help other countries fine–tune their inoculation campaigns and achieve herd immunity, officials said.

The Health Ministry made public most of a 20-page collaboration agreement it signed with Pfizer, which said the aim was “to determine whether herd immunity is achieved after reaching a certain percentage of vaccination coverage in Israel.”

Commercial details such as price and quantity of vaccine shots supplied were not made public, but the agreement said that Israel was relying on Pfizer to deliver enough doses at a fast enough rate to allow it to achieve herd immunity, meaning a sufficient portion of the population is immune to the virus.

“While this project is conducted in Israel, the insights gained will be applicable around the world and we anticipate will allow governments to maximize the public health impact of their vaccination campaigns,” BioNTech said on Monday in a statement.

This includes determining potential immunization rates needed to stop the virus from spreading, it said. The goal, BioNTech said, was “to monitor the evolution of the epidemic over time and at different vaccination rates.”

“This will help us understand whether a potential decrease in cases and deaths can be attributed solely to direct vaccine protection or to both direct and indirect (or ‘herd’) protection,” it said.

Asked whether Pfizer was offering anything in return for the Israeli health data, a Pfizer spokeswoman in Israel said: “Pfizer does not offer anything in return. The agreement is public so you can read it. Besides that, we do not have any other comments.”

During weekly status reports, Israel will provide Pfizer with epidemiological data such as the number of confirmed COVID–19 cases, hospitalizations, how many patients were on ventilators, how many died, as well as age and demographic breakdown. Such data was available to the public and keeps patients anonymous, Israeli officials said.

But critics say the deal raises major ethical concerns, including possible privacy violations and a deepening of the global divide that enables wealthy countries to stockpile vaccines and not poorer populations.

“Israel is taking part in research that will serve the entire world. It may be an altruistic thing to do, but Israelis should have been told about it,” Dr. Tehilla Shwartz Altshuler of the Israeli Democracy Institute, told Israeli media Monday.