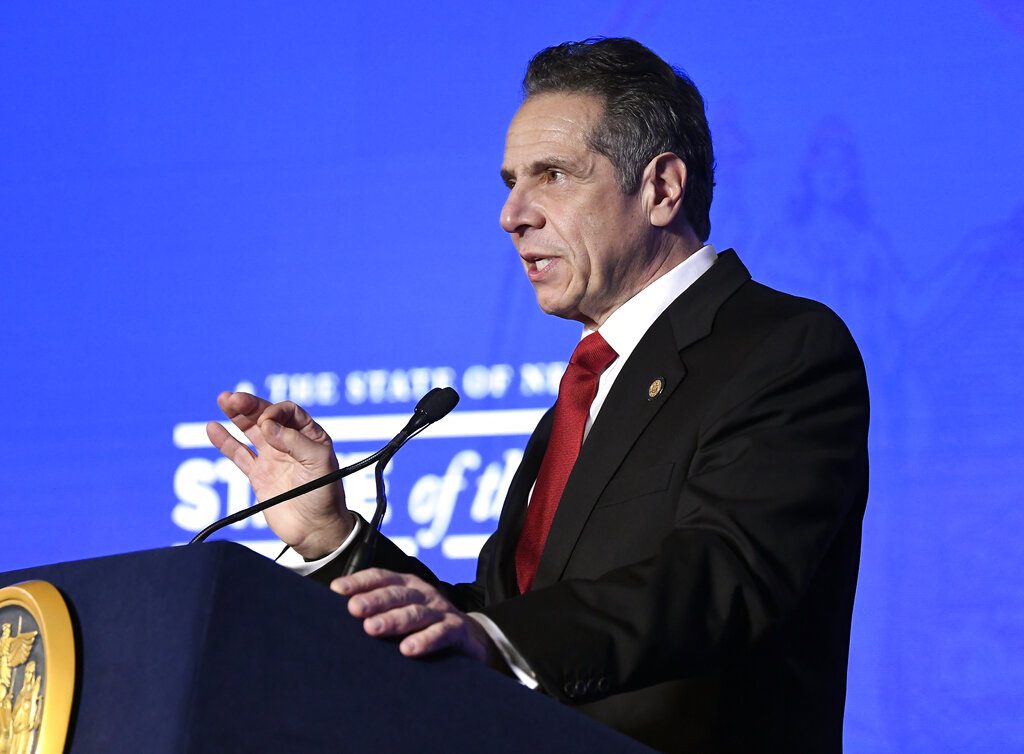 The Democrat — who didn’t specify who or what the state would sue — introduced two different budget proposals: one if Congress provides New York with $6 billion and another if New York receives $15 billion. His state is facing a dramatic loss in sales and income tax revenue in the wake of sweeping COVID-19 restrictions that jettisoned last February’s budget projections.

The governor blamed President Donald Trump’s administration for allowing COVID-19 to hit New York and the rest of the nation by failing to ban travel from Europe until mid-March. New York has now recorded nearly 42,000 deaths of people with COVID-19, according to data compiled by John Hopkins University.

“What happened to New York was no fault of New Yorkers,” Cuomo said in his annual budget address, which was delivered virtually. “It was because the federal government lost track of coronavirus, literally.”

He said Washington is “legally, ethically and politically responsible” for providing New York with the aid he’s demanding as President-elect Joe Biden takes office and Democrats take over the Senate.

“And you would have to do all of this in a COVID pandemic,” said Cuomo, who warned that could slow the state’s economic recovery.

He estimates the legislature’s proposal to raise taxes on high earners would bring in $1.5 billion and give New York the highest income tax rate on top earners in the nation.

Cuomo estimates his proposal to allow mobile sports betting could bring in $500 million a year, while legalized adult-use marijuana sales could eventually bring in roughly $300 million.

He also wants Congress to repeal a 2017 federal law that capped a deduction for state and local taxes — known as SALT — at $10,000.

The governor has warned in past months that the state needs $15 billion in extra federal aid to steady the state’s budget through March alone because of the loss of revenue.

But several fiscal watchdogs say Cuomo’s $15 billion estimate is too high and that New York’s economy is recovering better than expected.

The state comptroller Thomas DiNapoli projects that New York will bring in nearly $4 billion more in tax revenues than Cuomo is estimating through March.

And Cuomo isn’t counting emergency COVID-19 federal aid the state already received — including $1 billion for schools and $3 billion in Medicaid relief. His administration has also spent $2 billion of federal COVID-19 aid on the state corrections and health departments.

The governor has also reduced state agency spending by $1.7 billion since last spring.

Cuomo’s own budget slideshow on Tuesday estimated that New York’s current budget gap is now around $4.7 billion through March, down from $8 billion as of this fall.

Still, Cuomo said increased federal aid is needed to protect New York from budget gaps in future years and avoid billions in planned spending reductions this year on everything from higher education to transportation.

And he’s said New York needs more federal aid to release $2.4 billion in state aid that his administration has been withholding from local governments since last summer.