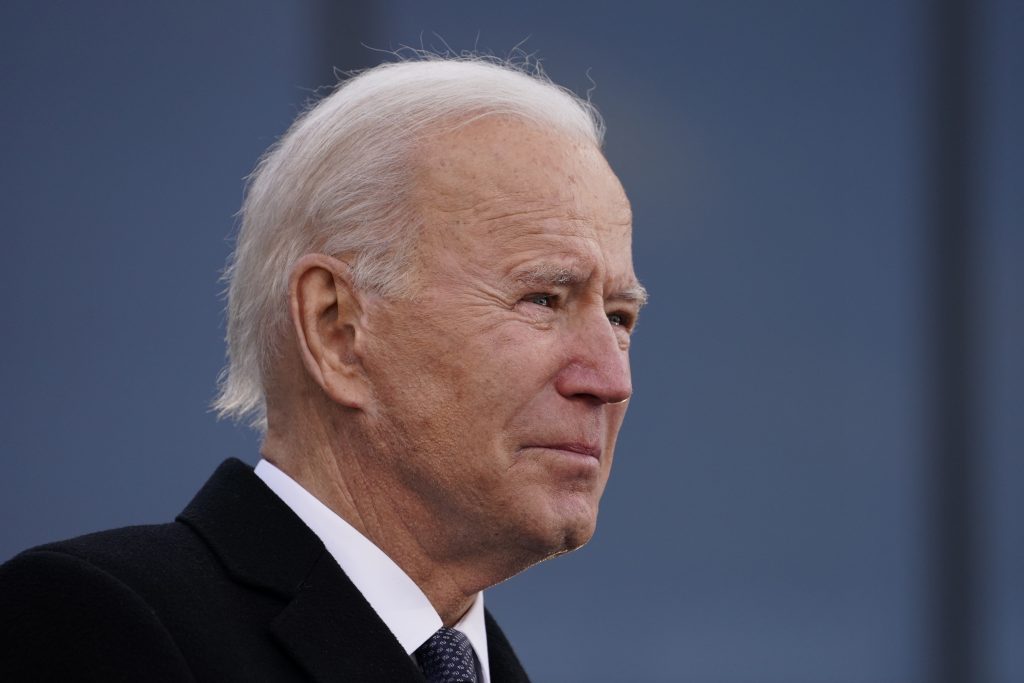 In a further complication, several pro-immigration groups said they would press Biden to go even further and take steps such as immediate moratoriums on deportations, detentions and new arrests. Coupled with the discomfort an immigration push could cause for moderate Democrats, liberals’ demands illustrated the pressures facing Biden as four years of President Donald Trump’s restrictive and often harsh immigration policies come to an end.

“It simply wouldn’t have happened without us,” Lorella Praeli, co-president of the liberal group Community Change, said of Biden’s victory. “So we are now in a powerful position.”

Biden plans to introduce the legislation shortly after being inaugurated Wednesday, a move he hopes will spotlight his emphasis on an issue that’s defied major congressional action since 1986. Its fate, as written, seemed in doubt.

Sen. Chuck Schumer, D-N.Y., who will become Senate majority leader this week, said Trump’s impeachment trial, confirmation of Biden’s Cabinet nominees and more COVID-19 relief will be the chamber’s top initial priorities. “I look forward to working together with him” on the measure, Schumer said — a choice of words that might suggest changes could be needed for it to pass Congress.

Biden’s proposal would create an eight-year pathway to citizenship for millions of immigrants, set up a processing program abroad for refugees seeking admission to the U.S. and push toward using technology to monitor the border. The measure was described by an official from Biden’s transition team who described the plan on condition of anonymity.

With an eye toward discouraging a surge of immigrants toward the U.S.-Mexico boundary, the package’s route to citizenship would only apply to people already in the U.S. by this past Jan. 1. But it omits the traditional trade-off of dramatically enhanced border security that’s helped attract some GOP support in the past, which drew criticism on Tuesday.

“A mass amnesty with no safeguards and no strings attached is a nonstarter,” said Iowa Sen. Chuck Grassley, top Republican on the Senate Judiciary Committee.

“There are many issues I think we can work cooperatively with President-elect Biden, but a blanket amnesty for people who are here unlawfully isn’t going to be one of them,” said Sen. Marco Rubio, R-Fla., often a central player in Senate immigration battles.

“Total amnesty, no regard for the health or security of Americans, and zero enforcement,” Arkansas Sen. Tom Cotton, who like Rubio is a potential 2024 GOP presidential contender, said in a Monday tweet.

That view was shared by Mark Krikorian, executive director of the conservative Center for Immigration Studies, which favors curbing immigration.

“Past proposals at least accepted the concept of turning off the faucet and mopping up the overflow. This is nothing but mopping up and letting the faucet continue to run,” Krikorian said.

Rosemary Jenks, top lobbyist for NumbersUSA, which also wants to limit immigration, said the measure seems likely to fail in the Senate. It would need at least 10 Republicans to join all 50 Democrats to overcome a filibuster that would kill the measure.

Sen. Robert Menendez, D-N.J., said, “Moving an immigration reform bill won’t be easy, but I think it’s possible.” He cited a 2013 massive overhaul that narrowly passed the Senate, only to die in the GOP-run House. Menendez and Rubio were part of a bipartisan “Gang of 8” senators that helped win Senate approval.

Under Biden’s legislation, those living in the U.S. as of Jan. 1, 2021, without legal status would have a five-year path to temporary legal status, or a green card, if they pass background checks, pay taxes and fulfill other requirements. From there, it’s a three-year path to naturalization if they pursue citizenship.

For some immigrants, the process would be quicker. So-called Dreamers, the young people who arrived in the U.S. illegally as children, as well as agricultural workers and people under temporary protective status could qualify more immediately for green cards if they are working, are in school or meet other requirements.

Biden is also expected to take swift executive actions, which require no congressional action, to reverse other Trump immigration actions. These include ending to the prohibition on arrivals from predominantly Muslim countries.

The legislation represents Biden’s bid to deliver on a major campaign promise important to Latino voters and other immigrant communities after four years of Trump’s restrictive policies and mass deportations. It provides one of the fastest pathways to citizenship for those living without legal status of any measure in recent years.

Biden allies and even some Republicans have identified immigration as a major issue where the new administration could find common ground with the GOP to avoid the stalemate that has vexed administrations of both parties for decades.

That kind of major win, even if it involves compromise, could be critical for Biden. He’ll be seeking legislative victories in a Congress where Republicans are certain to oppose other Biden priorities, like rolling back some of the GOP’s 2017 tax cuts and increasing federal spending.