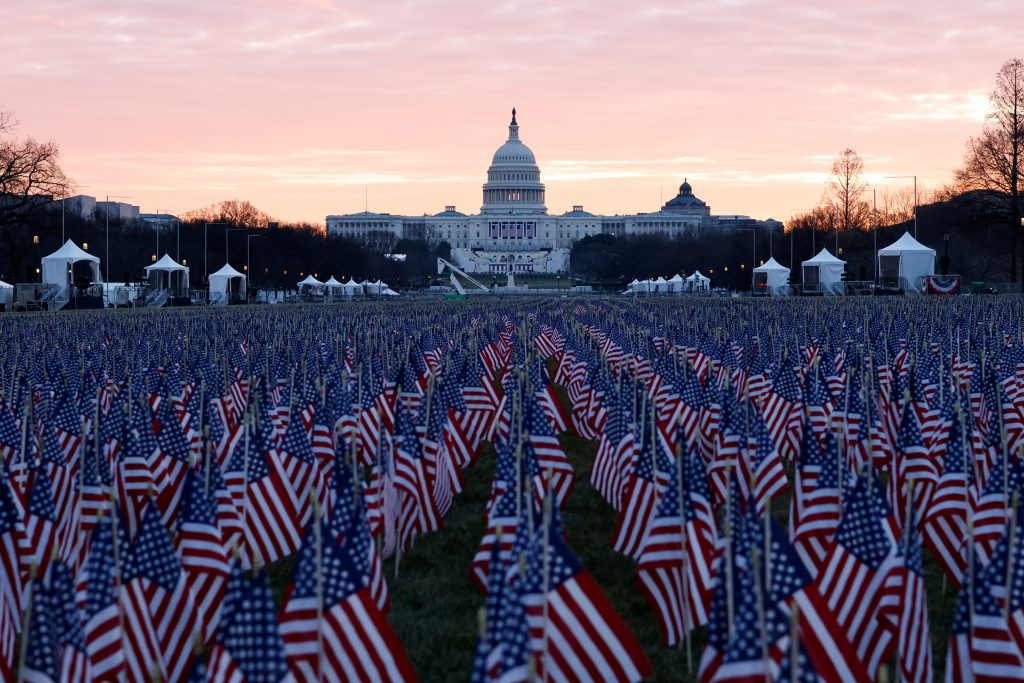 Hours before they are set to take the helm of a country in crisis, U.S. President-elect Joe Biden and Vice President-elect Kamala Harris plan to honor the nearly 400,000 Americans who have died from COVID-19 at a lighting ceremony in Washington on Tuesday.

The ceremony will be the first federal event memorializing the country’s COVID-19 victims and will occur on the last day of Donald Trump’s presidency.

The United States was on track to reach two grim COVID-19 milestones on Tuesday – 24 million infections and 400,000 lives lost during the pandemic, according to a Reuters tally. The country has recorded more than 200,000 new cases and 3,220 deaths on average over the last seven days.

The memorial planned by the incoming White House leadership was scheduled to take place at 5:15 p.m. ET at the Reflecting Pool at the Lincoln Memorial, followed by a moment of silence and 400 bell tolls in Georgetown to symbolically honor the COVID-19 dead.

“The memorial will feature the lighting around the reflecting pool at the Lincoln Memorial Reflecting Pool, and hundreds of towns, cities, tribes, landmarks, and communities all across the country have committed to joining the tribute in a national moment of unity,” Biden’s inaugural committee said in a statement.

The inaugural committee said it was encouraging Americans to light candles in their windows in a show of unity, and that national landmarks including the Empire State building in New York City and the Space Needle in Seattle would be lit simultaneously.

Biden plans to make coronavirus relief a top priority when he takes office on Wednesday under unprecedented security measures in the nation’s capital.

While outgoing President Donald Trump had no public events set for Tuesday, U.S. Vice President Mike Pence was scheduled to convene the White House Coronavirus Task Force for its last meeting under his watch.