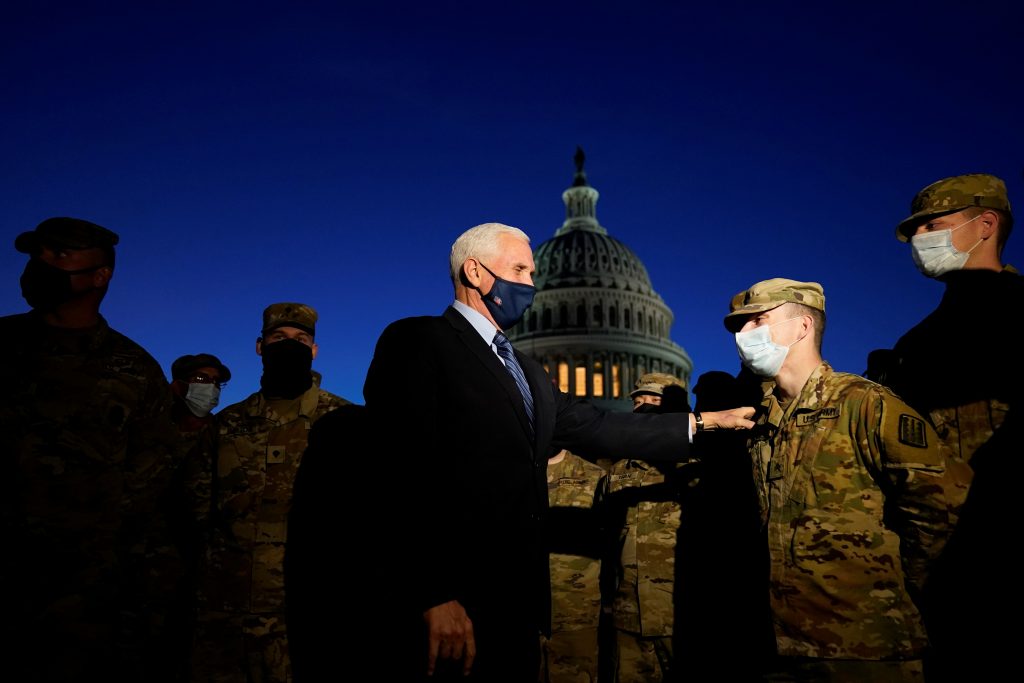 The acting Pentagon chief said on Monday the FBI is assisting the U.S. military in vetting more than 25,000 National Guard troops being deployed to assist in protecting the U.S. Capitol around President-elect Joe Biden’s inauguration for potential security concerns.

The Washington Post reported Monday the FBI in an intelligence report warned law enforcement agencies that far-right extremists had discussed posing as National Guard members in Washington. The Post added the report did not identify any specific plots to attack the inauguration events.

The U.S. Army said on Tuesday it was is working with the FBI to see if any attackers were current service members and with the Secret Service to see if any of the nearly 10,000 National Guard troops securing Biden’s inauguration would need additional screening.

Asked why authorities were looking into the background of every National Guard member called in to help secure the area around the swearing-in ceremony, Acting Department of Homeland Security Secretary Peter Gaynor said on Monday, “The FBI and others decided this would be a prudent move.”

He told Fox News he has not seen any evidence of some sort of inside attack being planned, but authorities wanted to leave “no stone unturned” when it comes to potential threats to the peaceful transfer of power.