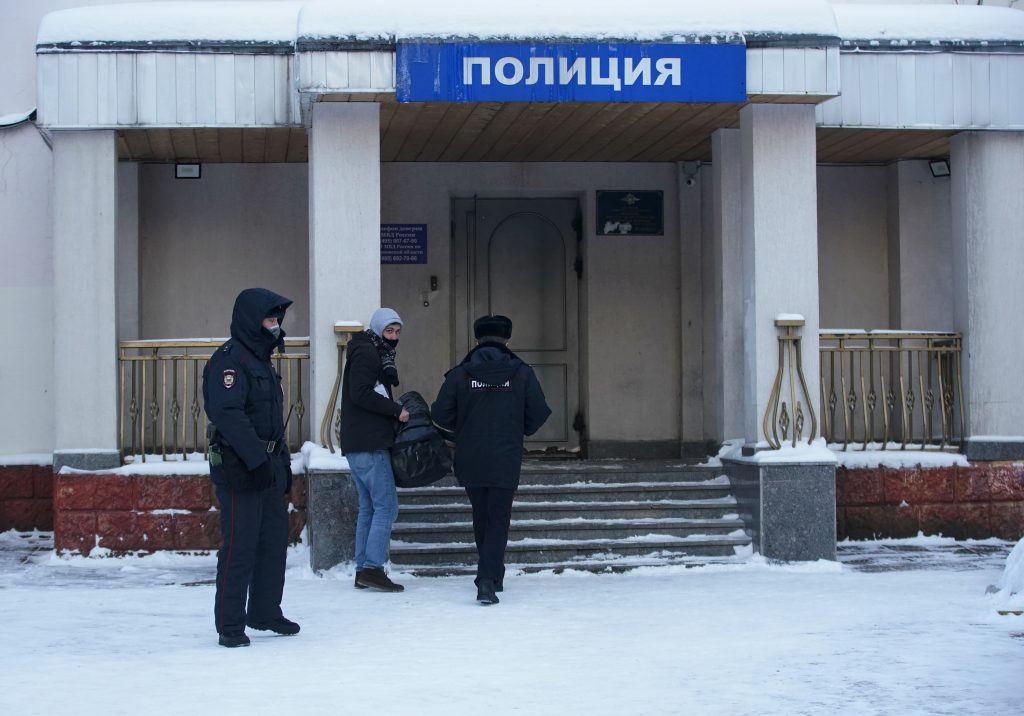 Western nations told Russia to immediately free detained Kremlin critic Alexei Navalny on Monday, a day after he was detained at a Moscow airport after flying home for the first time since he was poisoned last summer.

Russia quickly rejected calls to release him, telling the West to mind its own business as police continued to hold Navalny in a Moscow police station.

“Respect international law, do not encroach on national legislation of sovereign states and address problems in your own country,” Russian Foreign Ministry spokeswoman Maria Zakharova wrote on her social media page.

A Russian judge ruled that Navalny should be held in custody for 30 days until Feb. 15, his spokeswoman said, a day after he was detained upon his arrival in Moscow.

“The court arrested Navalny for 30 days. Until February 15,” Kira Yarmysh, his spokeswoman, wrote on Twitter.

Navalny urged Russians to take to the streets in protest at his treatment in a video clip released after a judge ordered he be remanded in pre-trial detention.

“Don’t be afraid, take to the streets. Don’t go out for me, go out for yourself and your future,” Navalny said in the video, posted online.

Navalny’s case could trigger new sanctions against Russia, especially against an $11.6 billion project to build a natural gas pipeline from Russia to Germany, with some EU countries saying they want the bloc to swiftly impose such measures.

Four masked police officers detained the opposition politician at passport control on Sunday evening, the first time he had returned home after being poisoned by what German military tests showed was a Novichok nerve agent, a version of events the Kremlin rejects.

Russia’s prison service said he had been taken into custody due to alleged violations of a suspended prison sentence that Navalny, 44, says was trumped up.

It said he would be held in custody until a court hearing expected on Jan. 29 that will rule whether to convert that suspended sentence into a real 3.5-year jail term.

The foreign ministers of Germany, Britain, France and Italy called for Navalny’s release. Lithuania said on Sunday it would ask the EU to swiftly impose new sanctions on Russia. Czech Foreign Minister Tomas Petricek said he wanted the bloc to discuss possible sanctions.

Russian Foreign Minister Sergei Lavrov dismissed Western consternation over the Navalny case, casting it as an attempt to distract from the West’s own problems.

“You can feel the joy with which these comments [on Navalny’s arrest] are coming out,” said Lavrov.

“Judging by everything, it allows Western politicians to think that by doing this they can divert attention away from the deep crisis that the liberal model of development finds itself in,” he said.