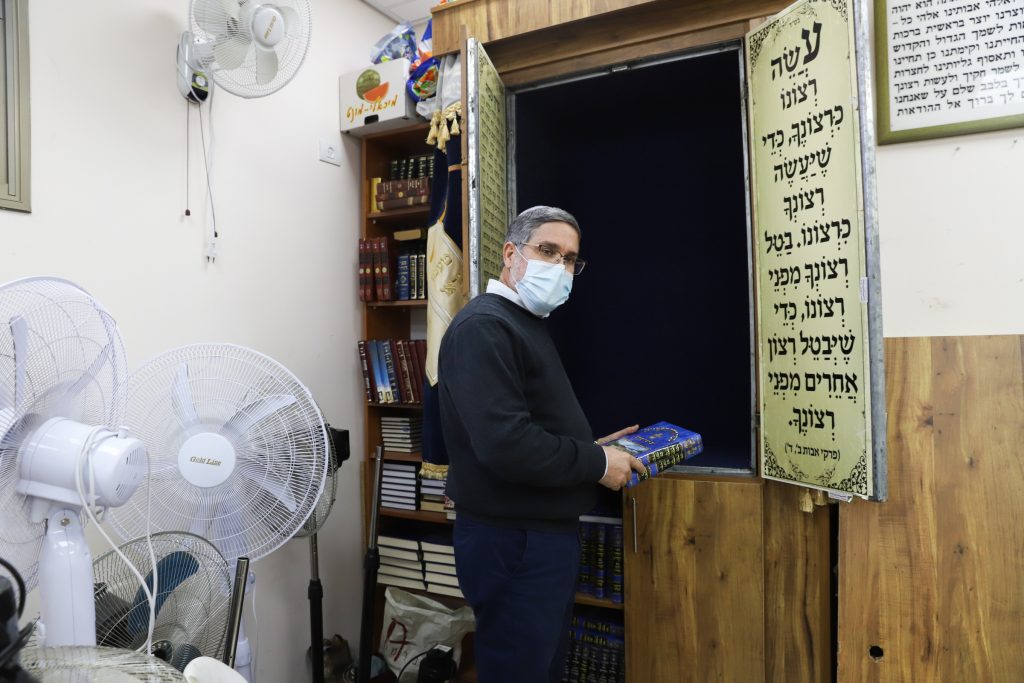 The break-ins occurred in two adjacent shuls, Ahavat Daniel and Chen HaTzafon near the Segula Junction, sometime between Sunday night and Monday morning.

In both cases, the sifrei Torah were found removed from the aron and left on the floor, apparently dumped there by the vandals.

In addition, the vandals stole money from tzedakah boxes in the two shuls, as well as silver decorations.

“Unfortunately, we were exposed to difficult scenes overnight following the two batei knesset break-ins in our city, at Ahavat Daniel and Chen HaTzafon.

“The vandals didn’t come just to satisfy their desire to steal money, but also to desecrate sifrei Torah. An incident like this cannot be tolerated, which is why city security officials and the police will do everything possible to bring the vandals to justice.”

A police spokesperson said that an investigation had been opened into the break-ins.