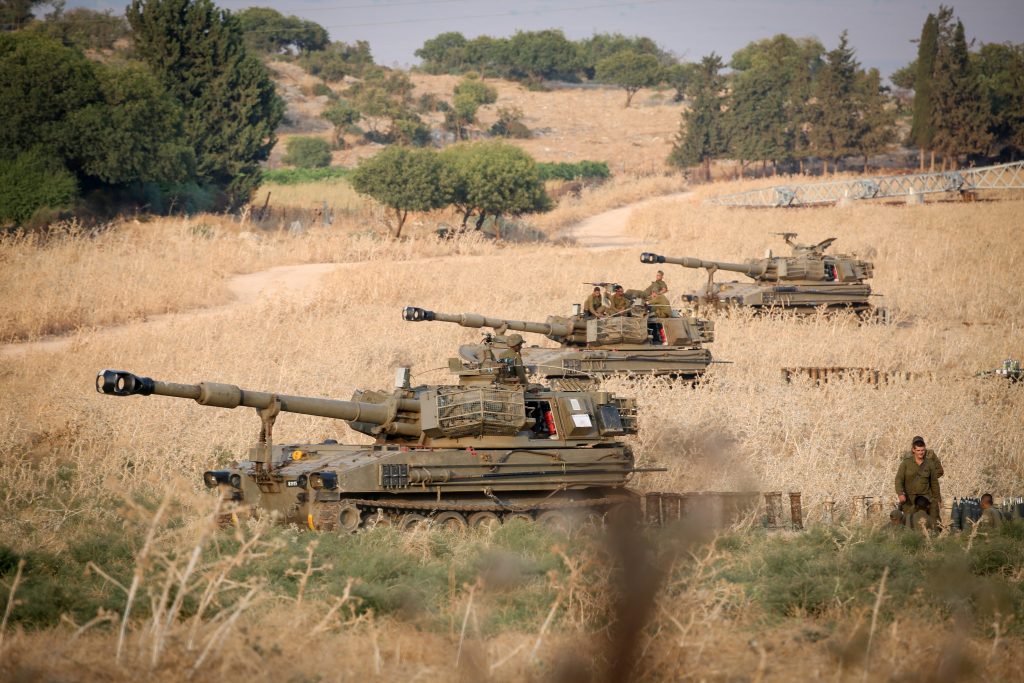 Israel will now be included in the geographic area of responsibility of the U.S. Central Command for the first time, the Pentagon announced Friday, amid the outgoing Trump administration’s bid to shore up regional cooperation to deter Iran.

The change, reported by The Wall Street Journal, follows a last-minute push by the Trump presidency to convince Arab leaders to establish formal ties with Israel as the United States looks to focus on countering China in the coming years.

Until now, Israel has fallen under the area of responsibility of the U.S. European Command (EUCOM) out of diplomatic deference to the political sensitivities of Arab leaders, many of whom have long refused to recognize the legitimacy of Israel.

“The easing of tensions between Israel and its Arab neighbors subsequent to the Abraham Accords has provided a strategic opportunity for the United States to align key partners against shared threats in the Middle East,” the Pentagon said in a statement Friday.

“Israel is a leading strategic partner for the United States, and this will open up additional opportunities for cooperation with our U.S. Central Command partners while maintaining strong cooperation between Israel and our European allies,” the statement read.

So far, the United Arab Emirates and Bahrain have signed formal agreements recognizing Israel, while Sudan and Morocco have signaled openness to doing so. The Trump administration has offered significant incentives for the agreements, including debt relief for Sudan and advanced weapons sales to the UAE and Morocco. Egypt and Jordan, which both fall within CENTCOM’s assigned region, already have relations with Israel.

Israel’s inclusion is likely to be one of the final strokes of a Trump administration push to convince Arab leaders to put aside differences and begin work on regional security cooperation. One major obstacle to that goal has been the bitter political rift between Qatar and its neighbors, which eased last week after Gulf leaders and Egypt signed an agreement with Doha following U.S. mediation.

A key objective of the Abraham Accords is to enable Middle Eastern militaries to become “interoperable with the United States as well as with each other,” R. Clarke Cooper, the State Department’s top official for foreign military transfers, told reporters last month.

CENTCOM has already begun to put that vision to the test. The Pentagon has orchestrated a military show of force in the region over the past several weeks, ostensibly to deter Iran and its proxies from carrying out threats to avenge the U.S. assassination of Iranian Maj. Gen. Qasem Soleimani in January 2020.

Saudi F-15s and at least one Israeli submarine contributed to the deterrence effort, the latter reportedly with Egypt’s consent. The Pentagon has also upped its joint F-35 training with Israel this year as the Israeli air force seeks a third squadron of the Joint Strike Fighters.

President-elect Joe Biden has pledged to continue the Abraham Accords as his administration seeks to return to negotiations with Iran to limit its nuclear capabilities.