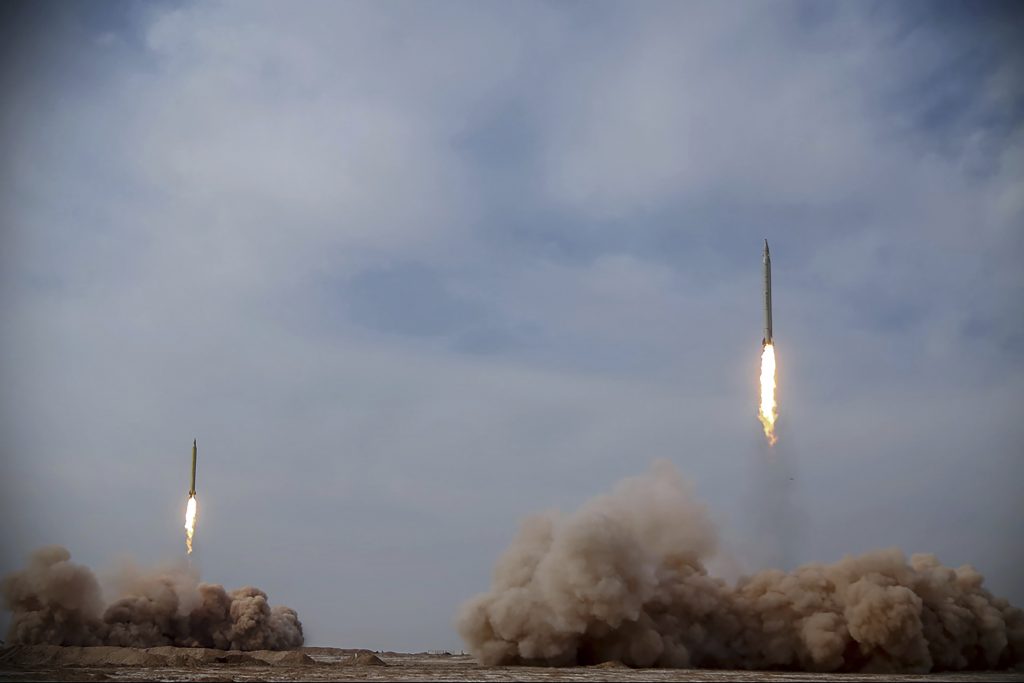 A lot of the characters are the same for President-elect Joe Biden but the scene is far starker as he reassembles a team of veteran negotiators to get back into the 2015 nuclear deal with Iran.

President Donald Trump worked to blow up the multinational deal to contain Iran’s nuclear program during his four years in office, gutting the diplomatic achievement of predecessor Barack Obama in favor of what Trump called a maximum pressure campaign against Iran.

Down to Trump’s last days in office, accusations, threats and still more sanctions by Trump and Secretary of State Mike Pompeo, and Iran’s decision to spur uranium enrichment and seize a South Korean tanker, are helping to keep alive worries that regional conflict will erupt. Iran on Friday staged drills, hurling volleys of ballistic missiles and smashing drones into targets, further raising pressure on the incoming American president over a nuclear accord.

Even before the Capitol riot this month, upheaval at home threatened to weaken the U.S. hand internationally, including in the Middle East’s nuclear standoff. Political divisions are fierce, thousands are dying in the pandemic and unemployment remains high.

Biden and his team will face allies and adversaries wondering how much attention and resolution the U.S. can bring to bear on the Iran nuclear issue or any other foreign concern, and whether any commitment by Biden will be reversed by his successor.

“His ability to move the needle is … I think hampered by the doubt about America’s capacity and by the skepticism and worry about what comes after Biden,” said Vali Nasr, a professor at Johns Hopkins University School of Advanced International Studies. Nasr was an adviser on Afghanistan during the first Obama administration.

Biden’s pick for deputy secretary of state, Wendy Sherman, acknowledged the difficulties in an interview with a Boston news show last month before her nomination.

“We’re going to work hard at this, because we have lost credibility, we are seen as weaker” after Trump, said Sherman, who was Barack Obama’s lead U.S. negotiator for the 2015 Iran nuclear agreement. She was speaking of U.S. foreign objectives overall, including the Iran deal.

Biden’s first priority for renewed talks is getting both Iran and the United States back in compliance with the nuclear deal, which offered Iran relief from sanctions in exchange for Iran accepting limits on its nuclear material and gear.

“If Iran returns to compliance with the deal, we will do so as well,” a person familiar with the Biden transition team’s thinking said, speaking on condition of anonymity because the person was not authorized to speak on the record. “It would be a first step.”

But Biden also faces pressure both from Democrats and Republican opponents of the Iran deal. They don’t want the U.S. to throw away the leverage of sanctions until Iran is made to address other items objectionable to Israel, Sunni Arab neighbors, and the United States. That includes Iran’s ballistic missiles and substantial and longstanding intervention in Syria, Yemen, Lebanon and Iraq. Biden promises to deal with all that too.

Getting back into the original deal “is the floor and not the ceiling” for the Biden administration on Iran, the person familiar with the incoming administration’s thinking on it said. “It doesn’t stop there.”

“In an ideal world it would be great to have a comprehensive agreement” at the outset, said Rep. Gerry Connolly, a Virginia Democrat on the House Foreign Affairs Committee. “But that’s not how these negotiations work.”

Connolly said he thought there was broad support in Congress for getting back into the deal.

Richard Goldberg, a senior adviser for the Foundation for Defense of Democracies institute who worked as an Iran adviser for the Trump administration in 2019 and this year, questioned that.

Lawmakers in Congress will balk at lifting sanctions on Iran’s Revolutionary Guard and other Iranian players the U.S. regards as supporters of terrorism, and balk, too, at giving up on financial pressure meant to block Iran from moving closer to nuclear weapons, Goldberg predicts.

“This is a real wedge inside the Democratic Party,” Goldberg said.

Sanctions by Trump, who pulled the U.S. out of the accord in 2018, mean that Iran’s leaders are under heavier economic and political pressure at home, just as Biden is. The United States’ European allies will be eager to help Biden wrack up a win on the new Iran talks if possible, Nasr said. Even among many non-U.S. allies, “they don’t want the return of Trump or Trumpism.”

Biden served as Obama’s main promoter of the 2015 accord with lawmakers once the deal was brokered. He talked for hours to skeptics in Congress and at a Jewish community center in Florida. Then, Biden hammered home Obama’s pledge that America ultimately would do everything in its power to keep Iran from getting nuclear weapons, if diplomacy failed.

Besides tapping Sherman for his administration, Biden has called back William Burns, who led secret early talks with Iran in Oman, as his CIA director. He’s selected Iran negotiators Anthony Blinken and Jake Sullivan as his intended secretary of state and national security adviser respectively, among other 2015 Iran players.

It’s not yet clear if Biden will employ Sherman as his principal diplomatic manager with Iran, or someone else, or whether he will designate a main Iran envoy. Sherman has also been instrumental in U.S. negotiations with North Korea.

The Obama’s administration’s implicit threat of military action against Iran if it kept moving toward a weapons-capable nuclear program could look less convincing than it did five years ago, given the U.S. domestic crises.

A new Middle East conflict would only make it harder for Biden to find the time and money to deal with pressing problems, including his planned $2 trillion effort to cut climate-damaging fossil fuel emissions.

“If war with Iran became inevitable it would upend everything else he’s trying to do with his presidency,” said Karim Sadjadpour, an expert on Iran and U.S. Middle East policy at the Carnegie Endowment for International Peace. “Biden and his team are very mindful of this. Their priorities are domestic.”