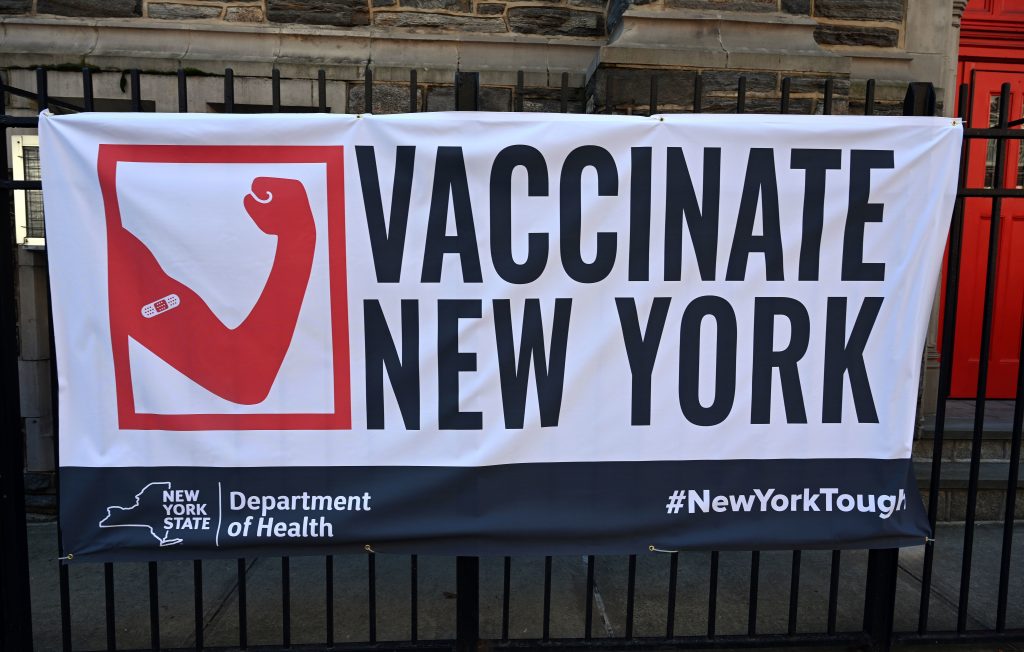 The dramatic incline of coronavirus cases in New York since the end of November and through December has eased and even dipped in the first weeks of 2021.

Hospitalization rate have been slowing since the last week of December but tipped up in recent days. Positivity rates are down. State officials are tentatively hopeful the spike, believed to be caused by winter vacation travelling and family gatherings, has now plateaued.

A million people in New York have ben vaccinated, the majority of them first doses. However, only 60% of healthcare workers have received their vaccines.

“We still have uneven performance,” Governor Andrew Cuomo said at his press conference on Monday and added that surplus vaccines from nursing home will be redistributed to other vaccine sites to boost supplies.

The state is at risk of running out of vaccine doses even as the vaccination efforts rapidly speed up, with massive vaccination sites opening 24/7.

Cuomo said New York would try to buy Pfizer vaccines directly from the company, rather than relying on the federal government’s slow distribution.

Cuomo warned that news from the UK, South Africa and Brazil indicate that mutated strains are much more infectious, and at least one is spreading throughout the United States.

“That’s what we’re seeing now, a new strain that could cause a second wave,” he said.

At his press conference, Cuomo, who has repeatedly expressed his frustration with the way President Trump’s team handled the federal government’s coronavirus response, wished President-elect Joe Biden a congratulations on his Inauguration this week.

Cuomo said he had been invited, but declined due to the security situation. “I think my place is to stay in New York State given this possible circumstance,” he said, adding that the New York police are prepared for the possibility of violent protest in Albany. “We have the State Police who have been making preparations. We have police officers on standby. If there’s a possible situation here at the capitol, I’m going to be at the capitol.”