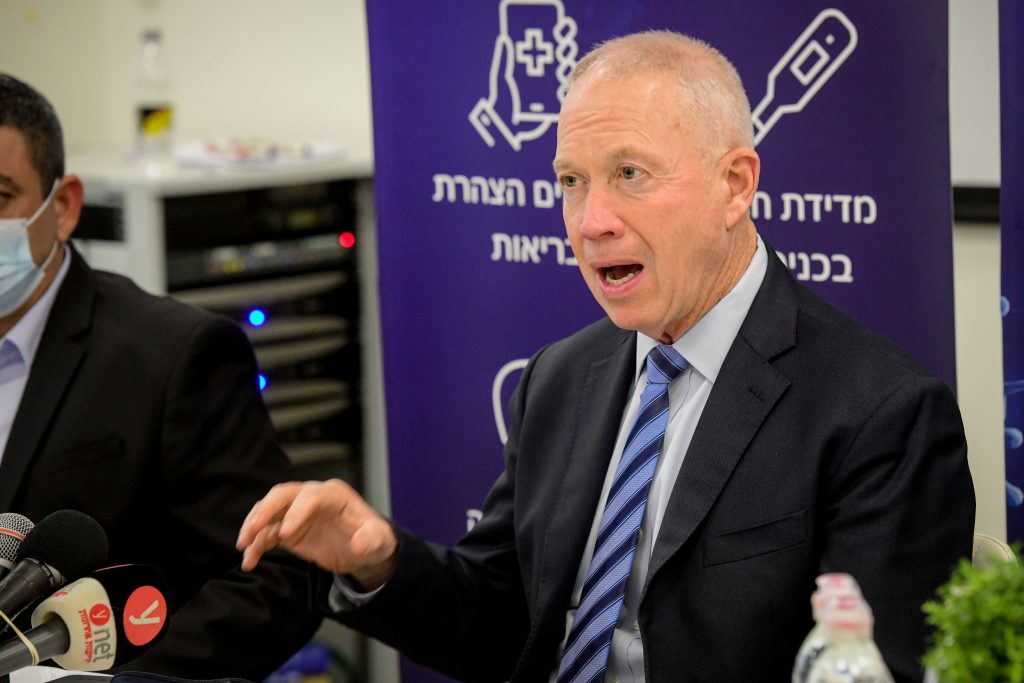 Education Minister Yoav Gallant issued an order on Sunday banning organizations that degrade the state of Israel or IDF soldiers from lecturing or conducting activities in schools.

The move came in response to a planned lecture by B’Tselem CEO Chagai El-Ad at the Hebrew Reali School in Haifa on Monday.

Last week, the controversial group launched a campaign accusing Israel of being an apartheid state.

In a letter sent to the director-general of the Education Ministry, Gallant ordered to block the entry of groups that “contradict the goals of the education system, including calling Israel false disparaging names, opposing Israel as a Jewish, Zionist and democratic state, discouraging meaningful service in the IDF, or acting to harm or degrade IDF soldiers during or after their service.”

As an example, the letter said that “an organization that calls the state of Israel an ‘apartheid state’ will not be permitted to enter an educational institution in Israel.”

In 2018, the Knesset passed a law that authorized the education minister to bar groups that “act against the goals of education and against the IDF” from entering schools.

The law was widely seen as a means to bar the controversial far-Left NGO Breaking the Silence from entering schools.

Matan Peleg, CEO of the watchdog group Im Tirtzu that pushed the 2018 law and led the opposition to El-Ad’s lecture, welcomed the Education Minister’s decision.

“This is a correct and much-needed decision,” said Peleg. “It is unclear why the school planned to host a radical group like B’Tselem that makes a living by slandering Israel and promoting international pressure against it.

“This disgraceful organization has no place in the education system. This is a victory for common sense.”

Responding to the controversy, the Hebrew Reali School in Haifa stated that “for many years we’ve exposed our students to a broad variety of opinions from across Israel’s political spectrum. We respect the students’ right to express their opinion and are proud of their involvement in issues at the heart of Israeli society. We hold respectful dialogues and intend to continue this tradition.”