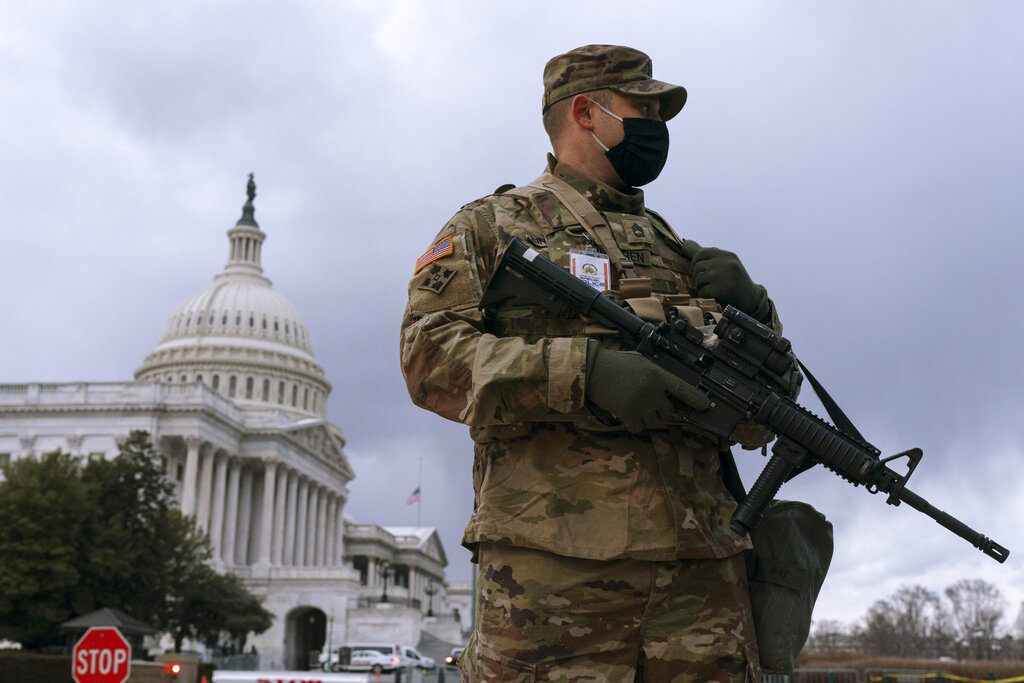 State capitals in New Jersey, Connecticut and New York are all scaling up security and activating the National Guard  in anticipation of potential violence on Inauguration Day this Wednesday.

This comes after the FBI informed state law enforcement that there was serious risk of armed protestors and violence at state capitals in response to the inauguration.

In Albany, the street leading up to the state capital building was barricaded, and heavily armed police guards patrolled the area. Extra police officers were put on security patrol, and those who work in the area have been urged to work from home on Wednesday. Police and the public are warned to be on alert for potential explosive devices.

“Anyone who comes to the capital, with the intention of causing violence or damage to public property, will be arrested. We have zero tolerance for anyone who incites or causes any violence,” New York State Police Major Chris West  told NBC New York 4 reported.

In Trenton, New Jersey, the state has brought on additional police officers, activated 100 members of the National Guard, and mounted officers on horseback to provide additional security and serve as a deterrent. All state employees will work remotely. Federal courthouses and local businesses have boarded up their windows as a precautionary measure.

Though the FBI said there were no specific threats about New Jersey,  New Jersey Homeland Security Director Jared Maples said the state was taking “proactive steps to halt possible attempts at violence.”

“There is a very real concern out there that violence could pop up, so we’re all doing everything we can to coordinate those areas,” Maples added.

In Connecticut, a metal fence was erected along the perimeter of the capitol building in Hartford.

There are thousands of National Guard members in Washington, DC. Viral videos showed soldiers using their backpacks as pillows, sleeping with their guns by their sides, on the floor of the Capitol’s visitors center.