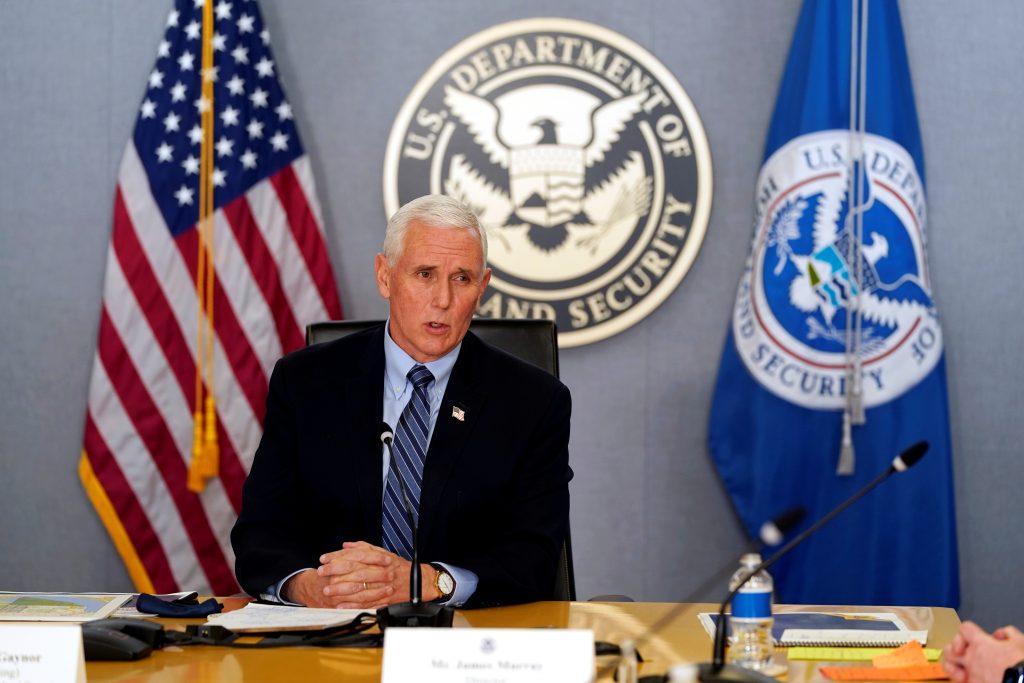 Vice President Mike Pence reached out to Vice President-elect Kamala Harris on Thursday, sources familiar with the situation said, marking the first contact at that level between the outgoing and incoming administrations.

Pence has increasingly taken on the public roles involved in government transition.

Pence certified Biden and Harris‘s electoral win in Congress after Trump supporters stormed the Capitol in attempt to stop the process. Pence faced strong pressure from the President to intervene in an attempt to throw the election Trump’s way.

The Vice President has trips scheduled this weekend to say goodbye to troops.

Trump visited Texas on Tuesday to highlight his legacy on immigration and the U.S.-Mexico border wall but has remained hunkered down otherwise at the White House in the wake of the riot.

“[Pence] called to congratulate and offer assistance,” a source familiar with the situation said of Pence‘s outreach to Harris, who, along with Biden, will be inaugurated on Jan. 20.

Pence plans to attend the inauguration ceremony on Wednesday. Trump does not. The President is expected to leave the White House that morning and fly to Florida.