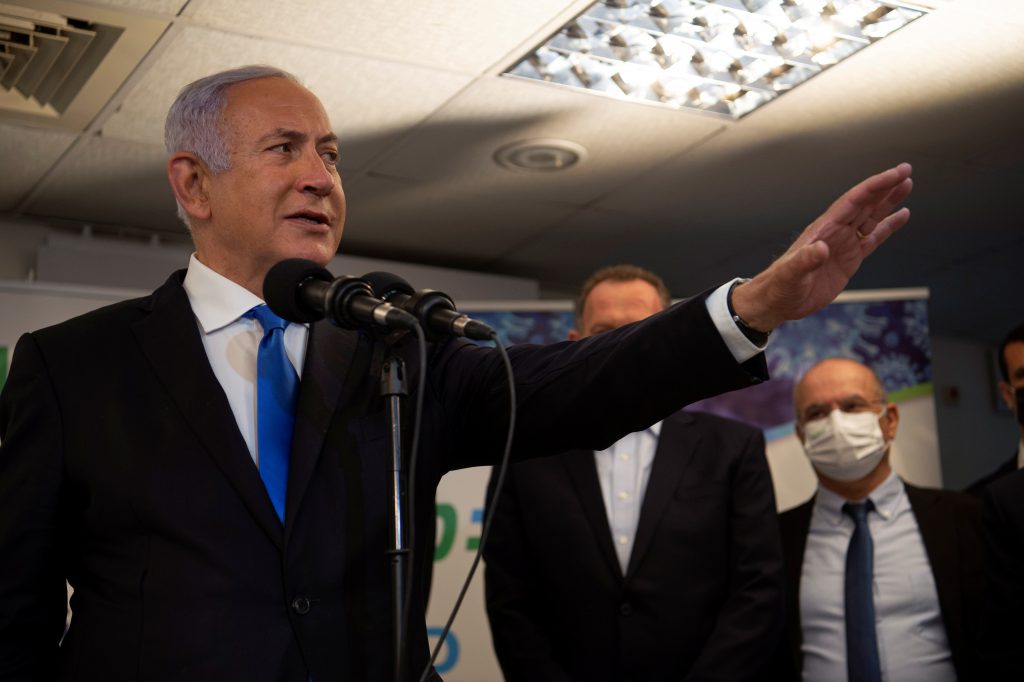 Likud rose by four seats since a survey by the same pollster a week ago, with two of those mandates coming from Arab voters.

Netanyahu campaigned among Arab voters in Nazareth and Umm el-Fahm this week and expressed confidence that Likud could win several seats from Arab voters who could enable his party to win as many as 42 seats in the upcoming election.

The poll predicted 32 seats for Likud, 17 for New Hope, 14 for Yesh Atid, 12 for Yamina, 11 for the Joint List, eight each for United Torah Judaism and Shas, seven for Yisrael Beytenu, six for Meretz and five for Blue and White.

The Israelis Party of Tel Aviv Mayor Ron Huldai, Labor and the parties of former MK Ofer Shelach and former Accountant General Yaron Zelekha were among the lists that failed to cross the electoral threshold in the poll.

A day after Netanyahu gave a campaign speech in Nazareth, touting coexistence, Likud’s spokesman slammed the Joint List and called on Arab citizens to vote for them instead.

“We will not establish a government with [MK] Mansour Abbas or the Joint List. We will not lean on them after they opposed the peace agreements that bring Jews and Arabs closer,” the Likud spokesman stated. “Arab citizens of Israel support Likud led by Netanyahu because they are sick of wasting votes on the Joint List that just sits in the opposition and does nothing for them.”

Meanwhile Labor will be the only party in Israel to hold primaries for its leader and Knesset list following a ruling by the High Court on Thursday. The court asked Labor to rescind its court case that asked for the primaries to be canceled and for the leader and the Knesset candidates to instead be elected only by the party’s activists. The party agreed to the request in a victory for Labor leadership candidate Meirav Michaeli.

Michaeli will be challenged by advertising executive Gil Beilin and possibly by Labor, Social Affairs and Social Services Minister Itzik Shmueli in the primary, which will be held on January 24. A group of senior Labor activists wrote to former Prime Minister and former Labor leader Ehud Barak on Thursday asking him to run.