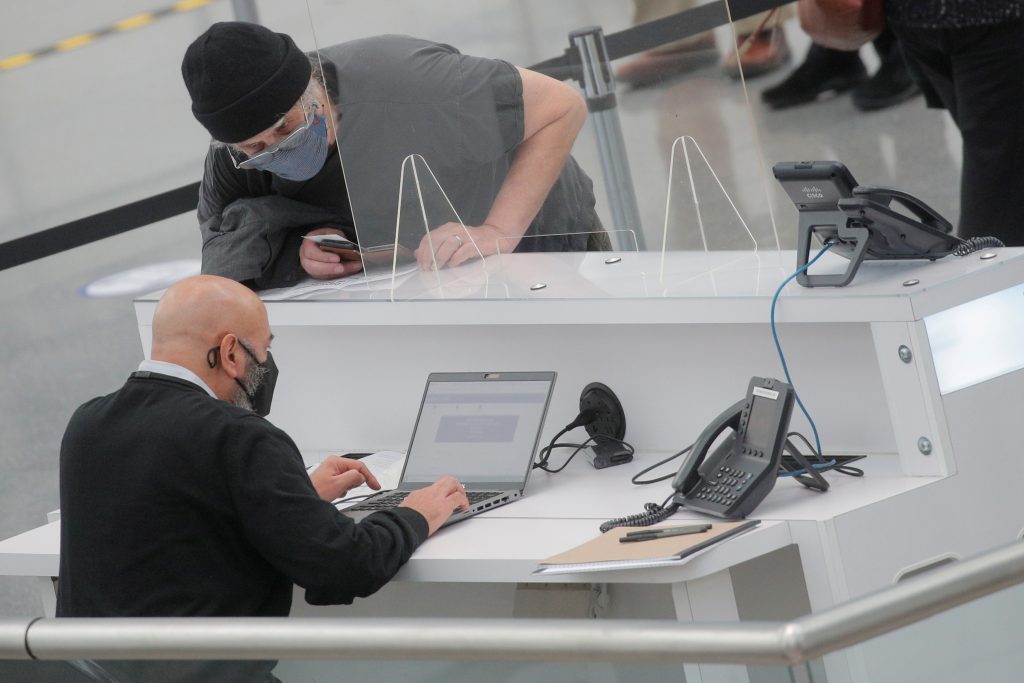 More than 10 million Americans had received their first dose of a COVID-19 vaccine as of Wednesday, according to the U.S. Centers for Disease Control and Prevention, as the year-old pandemic roared on unchecked.

The United States reached 10.2 million inoculations one day after the CDC and Trump administration gave new guidance to U.S. states on who should receive the shots first. Strict rules putting health-care workers first in line had slowed the rollout. Now states are urged to vaccinate anyone over 65 as well.

California moved on Wednesday to do just that, designating all individuals 65 and older eligible to begin receiving vaccines, adding 6.6 million people to the rolls of those qualified to be immunized, Governor Gavin Newsom said.

The move bumps senior citizens, regardless of whether they have underlying medical conditions, to the top of the priority list for vaccine recipients, just behind front-line health-care workers and residents and staff of nursing homes.

California, like many states, has struggled to use up as much vaccine as it received in initial allotments from the federal government, administering only about a third of the nearly 2.5 million doses shipped to the state as of Monday.

Newsom has set a goal of inoculating one million more Californians by the end of this week with the first shot of the two-dose vaccine.

He also said the state would launch a new system next week for notifying people when they become eligible for the vaccine, and to register for notification by email or text.

The latest push to spur the most ambitious mass immunization campaign in U.S. history came as the nation set a new record for coronavirus deaths in one day, with 4,336 fatalities on Tuesday, according to a Reuters tally.

Health and Human Services Secretary Alex Azar on Tuesday said the administration was releasing its full stockpile of two vaccines approved for emergency use, including some that had been held in reserve to make sure that second doses could be given on schedule.

Nearly 30 million doses of the vaccines, manufactured by Moderna and Pfizer with its German partner BioNTech, have been released to U.S. states, which have used only about one-third of them.

Johnson & Johnson said on Wednesday that the pharmaceutical company was on track to roll out its single-shot vaccine in March.

In an interview with Reuters on Tuesday, Dr. Paul Stoffels also said J&J expected to meet its stated target of delivering one billion doses of its vaccine by the end of this year as the company ramps up production.

Political leaders and health officials nationwide have scrambled in recent days to push out more vaccines to their residents, many lowering the age requirement to 65. California and New York have both pledged to inoculate one million residents this month.

In New York City, Mayor Bill de Blasio said on Wednesday that short supplies of the vaccine could hamper efforts to reach the city’s inoculation goals.

“We need the federal government, the state government and the manufacturers to step up and get us more supply immediately,” de Blasio told a news conference.

The nation’s most populous city is adding vaccination sites across its five boroughs, including its two Major League stadiums.

“I confirmed with our health-care team yesterday that even with normal supplies that we expect to have delivered next week, we will run out of vaccine at some point next week, unless we get a major new resupply,” de Blasio said.

Public health officials say so far no U.S. state has used up its supply of the vaccines.

At the Javits Center in Manhattan, which was pressed into service as a temporary hospital in April, health officials said they were prepared to vaccinate 10,000 people in 12 hours, with the ability to ramp up to 25,000 in a 24-hour period.

New York has recorded nearly 40,000 coronavirus fatalities since the pandemic broke out there in March, more than any other U.S. state.

Nationwide, more than 380,000 people have died of COVID-19. A total of 22.7 million have been infected during that time.

The number of COVID-19 patients requiring hospitalization may have leveled off at least temporarily, according to a Reuters tally, although public health officials warned that further spread may still be seen from holiday gatherings.

California, the nation’s most populous state, has seen new hospitalizations drop this week, according to health officials. More than 30,000 Californians have so far died of COVID-19 related illness.

The recent emergence of a more infectious variant of the virus first seen in the United Kingdom has made efforts to accelerate vaccinations all the more important. The so-called U.K. variant has so far been confirmed in at least 10 U.S. states.