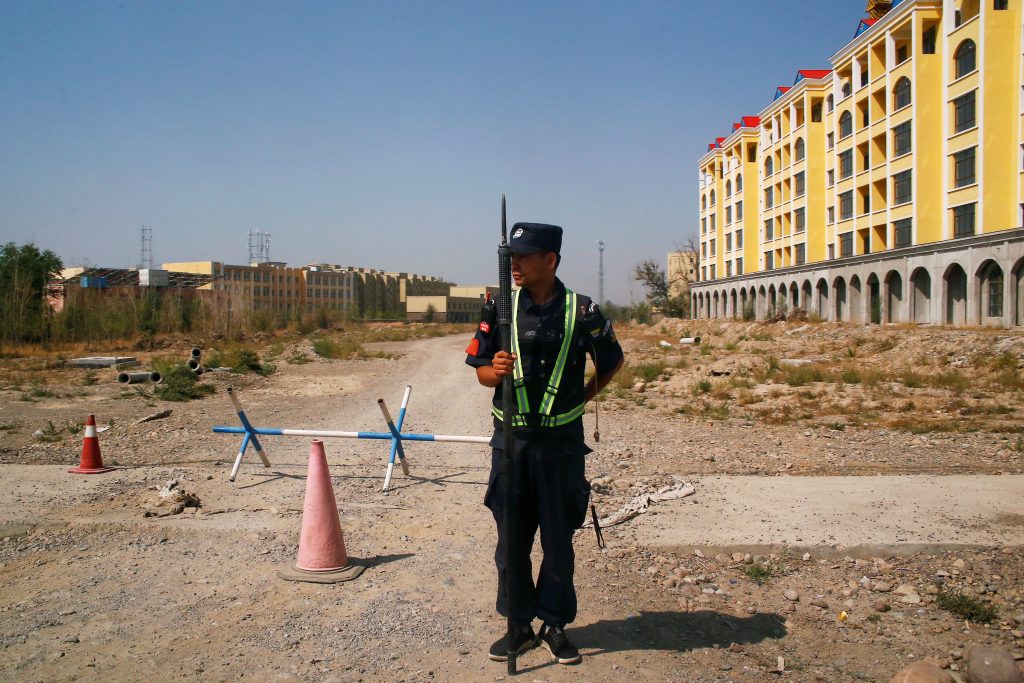 China has possibly committed “genocide” in its treatment of Uighurs and other minority Muslims in its western region of Xinjiang, a bipartisan commission of the U.S. Congress said in a report released on Thursday.

The Congressional-Executive Commission on China (CECC) said new evidence had emerged in the past year that “crimes against humanity – and possibly genocide – are occurring.” The CECC also accused China of harassing Uighurs in the United States.

China has been widely condemned for setting up complexes in Xinjiang that it describes as “vocational training centers” to stamp out extremism and give people new skills and which others have called concentration camps.

The United Nations says at least 1 million Uighurs and other Muslims have been detained in Xinjiang. Faith leaders, activist groups and others have said crimes against humanity, including genocide, are taking place there. Beijing denies abuse accusations.

The CECC report called for a formal U.S. “determination on whether atrocities are being committed” in Xinjiang, and such a determination is required within 90 days of U.S. legislation passed on Dec. 27.

Secretary of State Mike Pompeo, in his final days in office before President-elect Joe Biden succeeds President Donald Trump on Jan. 20, has already been weighing a determination, although given current turmoil in Washington, officials have played down the possibility of an announcement before that.

“The United States must continue to stand with the people of China in their struggle and lead the world in a united and coordinated response to the human rights abuses of the Chinese government,” he said.

Relations between the world’s two biggest economic powerhouses have plunged to the lowest level in recent years over disagreements on issues including human rights, the coronavirus pandemic, trade, espionage and a sweeping national security law imposed on Hong Kong.

Experts say a genocide determination would be an enormous embarrassment for China, the world’s second-largest economy and a permanent member of the U.N. Security Council.

It could also pose problems for Biden by complicating his dealings with Beijing, although his campaign had already declared, before the November election, that genocide was occurring in Xinjiang.

In October, Trump’s national security adviser, Robert O’Brien, said Beijing was perpetrating “something close to” genocide in Xinjiang and other officials have referred to concentration camps there.

Under international law, crimes against humanity are defined as widespread and systematic, whereas the burden of proof for genocide – the intent to destroy part of a population – can be more difficult to prove.

A U.S. genocide declaration would mean that countries would have to think hard about allowing companies to do business with Xinjiang, a leading global supplier of cotton. It would also raise pressure for further U.S. sanctions against China.

On Wednesday, U.S. Customs and Border Protection said the United States was imposing a region-wide ban on all cotton and tomato products from Xinjiang over allegations that they are made with forced labor by detained Uighurs.