Israel Two Million Have Been Vaccinated in Israel
CoronavirusIsrael 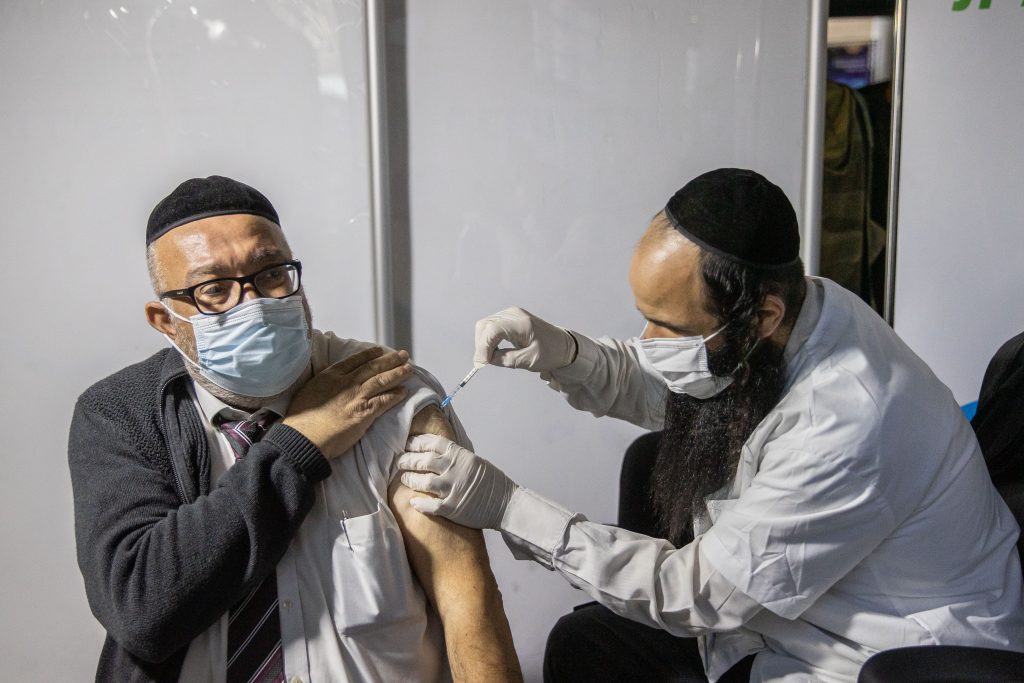 A kindergarten teacher from Ramle was the 2 millionth Israeli to receive the first dose of the Pfizer COVID-19 vaccine.

“It’s already become routine… It’s something we’re happy to grow accustomed to, but mostly we want to finish this,” said Netanyahu.

“We’ll continue — until the next million,” he added.

Meanwhile, travelers arriving from Brazil will be required to quarantine at state-run facilities due to concerns over a coronavirus variant believed to come from the South American country, Kan news reported on Thursday.

The new strain was detected last week in Japan among four travelers from Brazil.

According to the World Health Organization, “this variant has 12 mutations to the spike protein, including three mutations of concern in common with VOC 202012/01 and 501Y.V2,” referring respectively to strains found in Britain and South Africa.

It said the mutations “may impact transmissibility and host immune response.”

Citing a rare reaction to the vaccine, the Israeli Medical Association warned that Israelis who developed Bell’s palsy after receiving the first coronavirus vaccine dose should delay the second shot.

The IMA is meanwhile seeking information on how many Israelis suffered the facial paralysis from the vaccine.

“For those who develop facial paralysis after receiving the first vaccine dose, we are concerned about administering the second shot since there isn’t enough information worldwide on the issue,” Prof. Zion Hagay told Channel 12, warning that steroid treatments for the condition could compromise the vaccine’s effectiveness.

At least one woman in Israel has suffered the side effect, according to Channel 12.