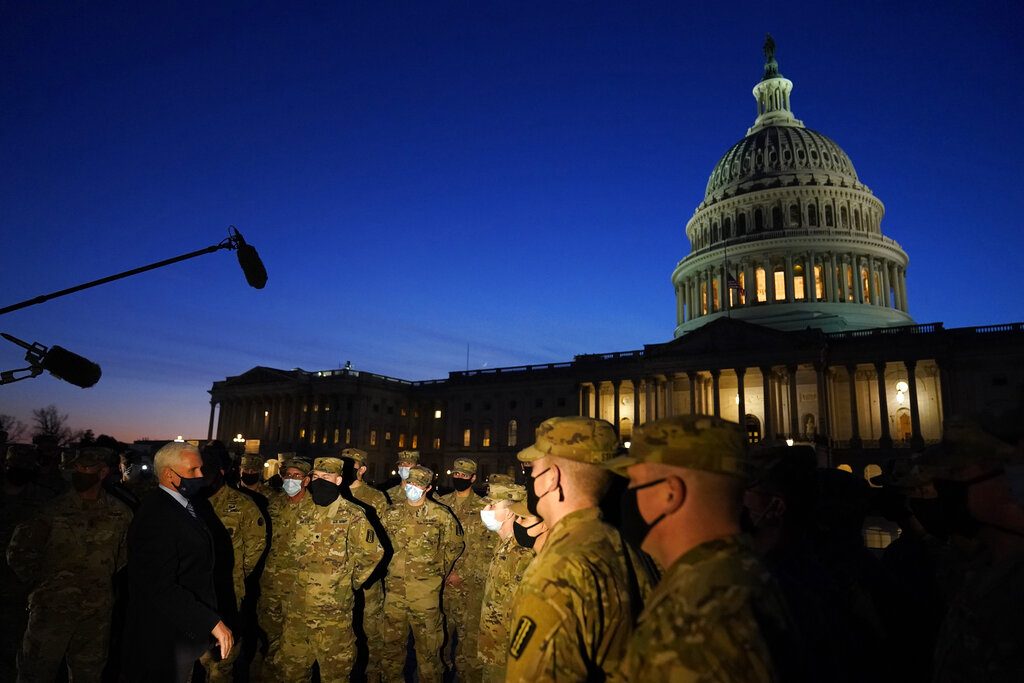 A retired Pennsylvania firefighter was arrested Thursday on federal charges that he threw a fire extinguisher that hit three Capitol Police officers during the violent siege on the Capitol last week.

Robert Sanford, 55, who retired last year from the Chester Fire Department, outside Philadelphia, turned himself in to the FBI to face charges that include assault of a police officer, disorderly conduct on Capitol grounds, civil disorder and unlawfully entering the Capitol.

Sanford, a supporter of President Donald Trump, got “caught up in the mob mentality,” his lawyer, Enrique Latoison, told The Associated Press.

The charges against Sanford are not related to the widely publicized attack on Officer Brian Sicknick, who also was assaulted with a fire extinguisher during the siege and who later died.

Sanford was held in Pennsylvania’s Lehigh County jail, where he had an initial court appearance by video Thursday and was denied bail.

Latoison argued to the judge that Sanford should be released on bail, citing his long service as a firefighter, his strong family ties and his lack of a criminal record. Sanford, a married father of three, did not go to Washington with weapons or the intent of rioting, and does not belong to any extremist groups, Latoison argued.

Noting the seriousness of the charges, the judge ordered Sanford to be held without bail, saying he presented a danger to the community.

Authorities said the case will be prosecuted in Washington.

Without acknowledging Sanford’s guilt, Latoison said Sanford marched to the Capitol after Trump’s speech “and things got heated and he unfortunately got caught up.”

“People who seemingly are good people who have good intentions get themselves in a group, and then do something stupid they wouldn’t otherwise do,” he said.

Sanford joined the Chester Fire Department in 1994 and retired nearly a year ago, according to city officials. He had an unblemished record, a city spokesperson said.

Mayor Thaddeus Kirkland called last week’s riot an act of domestic terrorism and said that if any city employee, current or former, took part in it, “then we hope our legal system will work according to its purpose and bring them to justice.”