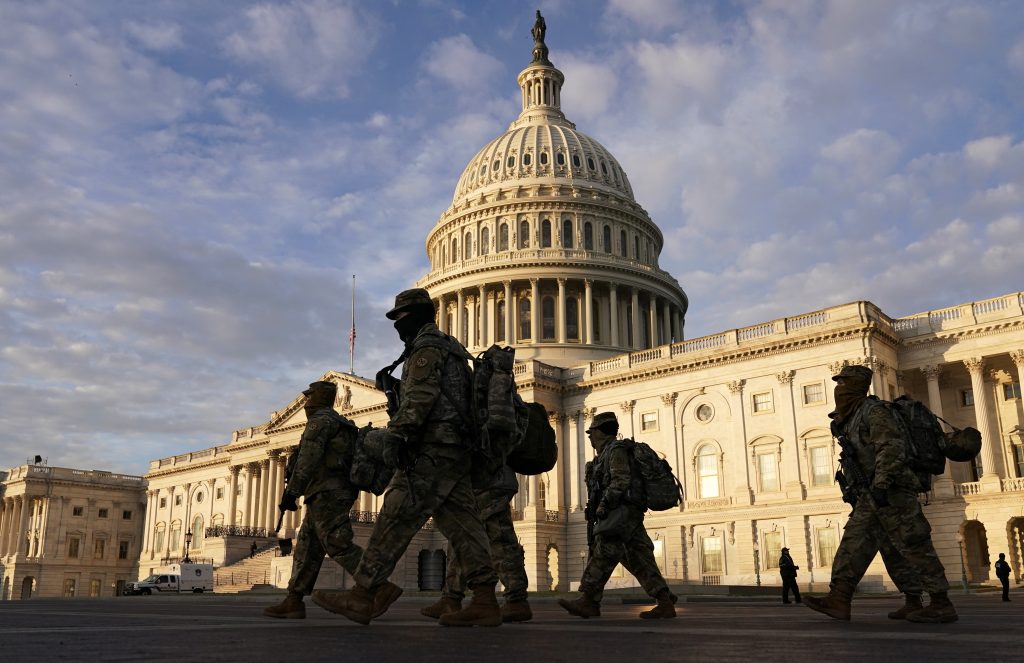 The second impeachment of President Donald Trump by the House of Representatives could set off a bitter Senate fight that entangles the early days of President-elect Joe Biden‘s term.

Trump became the first president in U.S. history to be impeached twice when the House voted 232-197 on Wednesday to charge him with inciting the riot. Ten of Trump‘s fellow Republicans joined Democrats in approving the article of impeachment.

But the swift impeachment is unlikely to lead to Trump‘s ouster before Biden takes office on Jan. 20. Senate Majority Leader Mitch McConnell, a Republican, rejected Democratic calls for a quick impeachment trial, saying there was no way to finish it before Trump leaves office.

That raised the prospect of a bitter trial in the Senate during Biden‘s first days in the White House, something he urged Senate leaders to avoid. Biden said work on the economy, getting the coronavirus vaccine program on track and confirming crucial Cabinet posts were too crucial to delay.

“I hope that the Senate leadership will find a way to deal with their Constitutional responsibilities on impeachment while also working on the other urgent business of this nation,” Biden said in a statement on Wednesday night.

The House passed one article of impeachment – equivalent to an indictment in a criminal trial – accusing Trump of “incitement of insurrection,” focused on an incendiary speech he delivered to thousands of supporters shortly before the riot. In the speech, Trump repeated false claims that the election was fraudulent and exhorted supporters to march on the Capitol.

The mob disrupted Congress’s certification of Biden‘s victory over Trump in the Nov. 3 election, sent lawmakers into hiding and left five people dead, including a police officer.

Under the Constitution, impeachment in the House triggers a trial in the Senate. A two-thirds majority would be needed to convict and remove Trump, meaning at least 17 Republicans in the 100-member chamber would have to join the Democrats.

Even if Trump is already out of the White House, conviction in the Senate could lead to a vote banning him from running again.

McConnell has said no trial could begin until the Senate was scheduled to be back in regular session on Tuesday, the day before Biden‘s inauguration.

House leaders did not say when they would send the charge to the Senate for consideration.

Asked if it would be a good idea to hold a trial on Biden‘s first day in office, Representative Madeleine Dean, one of the House members who will prosecute the trial, said, “I don’t want to preview it, but certainly not. We have a president and a vice president to swear in, we have to restore the peaceful transfer of power, which Donald Trump deliberately incited violence against.”

No U.S. president has ever been removed from office. Three – Trump in 2019, Bill Clinton in 1998 and Andrew Johnson in 1868 – were impeached by the House but acquitted by the Senate. Richard Nixon resigned in 1974 rather than face impeachment.

In a video statement released after Wednesday’s vote, Trump condemned the violence.

“Mob violence goes against everything I believe in and everything our movement stands for. No true supporter of mine could ever endorse political violence,” Trump said.

Some Republicans argued the impeachment drive was a rush to judgment that bypassed the customary deliberative process, such as hearings, and called on Democrats to abandon the effort for the sake of national unity and healing.

“Impeaching the president in such a short time frame would be a mistake,” said Kevin McCarthy, the House’s top Republican. “That doesn’t mean the president is free from fault. The president bears responsibility for Wednesday’s attack on Congress by mob rioters.”

The House impeached Trump in December 2019 on charges of abuse of power and obstruction of Congress stemming from his request that Ukraine investigate Biden and his son Hunter ahead of the election, as Democrats accused him of soliciting foreign interference to smear a domestic political rival. The Senate in February 2020 voted to keep Trump in office.