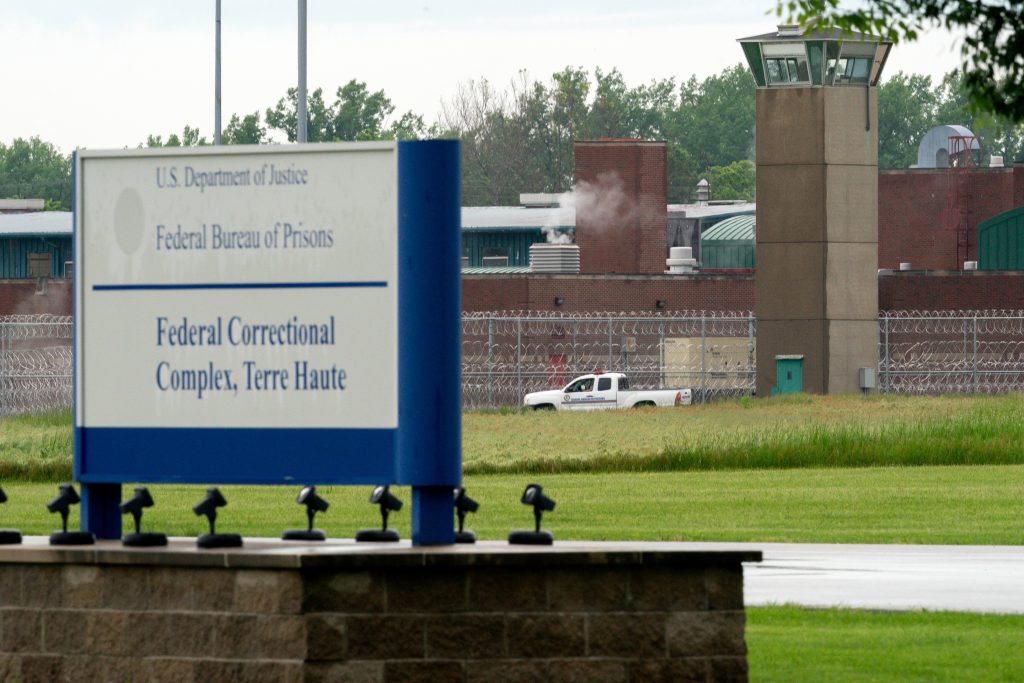 A Kansas woman was executed Wednesday, the first time in nearly seven decades that the U.S. government has put to death a female inmate.

Lisa Montgomery, 52, was pronounced dead at 1:31 a.m. after receiving a lethal injection at the federal prison complex in Terre Haute, Indiana. She was the 11th prisoner executed at the facility since July when President Donald Trump, an ardent supporter of capital punishment, resumed federal executions following 17 years without one.

It came after hours of legal wrangling before the Supreme Court cleared the way for the execution to move forward. Montgomery was the first of the final three federal inmates scheduled to die before next week’s inauguration of President-elect Joe Biden, who is expected to discontinue federal executions.

As the only woman on federal death row, Montgomery had been held in a prison in Texas and was brought to Terre Haute on Monday night.

According to her lawyers, Montgomery suffered from depression, borderline personality disorder and post-traumatic stress disorder.

The last woman executed by the federal government was Bonnie Brown Heady on Dec. 18, 1953, for the kidnapping and murder of a six-year-old boy in Missouri.