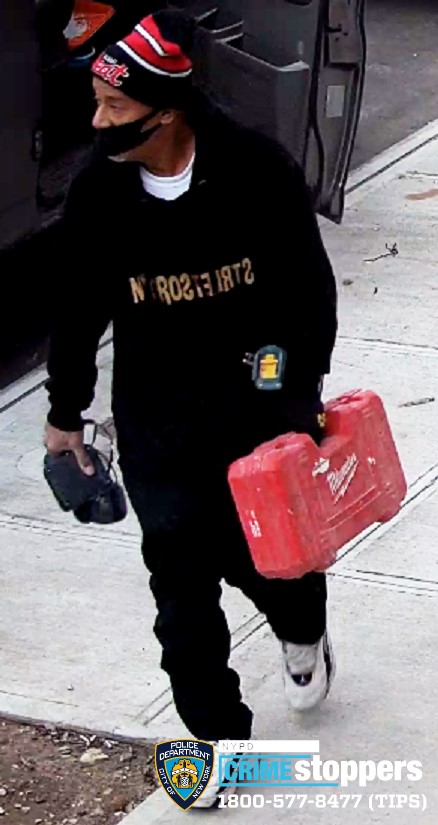 Several robberies have been reported in recent days in the Boro Park and Midwood areas:

Incident #2: On Wednesday, January 6, around 2 a.m., a group of three thieves were seen on surveillance video stealing from at least three vehicles in the vicinity of New Utrecht Ave. and 47th Street. In at least one case, the thieves stole the car’s muffler.

Incident #3: On Wednesday, January 6, at 8:40 p.m., in front of 5304 8th Avenue, a 36-year old male victim was standing looking at his cellphone when a man approached, brandished a knife and demanded the victim’s property. When the victim refused, the individual stabbed the victim in the stomach and then fled on foot in an unknown direction. The victim was transported to Maimonides hospital in stable condition. No property was stolen.

Incident #4: On Tuesday, January 12, around 11 p.m., a 22-year-old man was making a food delivery at 1914 62 Street, when he observed suspect #1 standing in front of the location. Suspect #2 approached him from behind, displayed a knife and demanded the key to the deliveryman’s e-bike. Then, Suspect #1 punched the deliveryman in the face, and Suspect #2 stole his wallet and cellphone from his pocket. The suspects then fled the location north on 19th Avenue with the victim’s property, including his e-bike. The victim suffered a minor injury to his face. The suspects are described as two male Hispanics.

Video of Incident #1 below:

Video of Incident #2 below:

Video of the suspect in Incident #3 below, taken shortly after the incident: