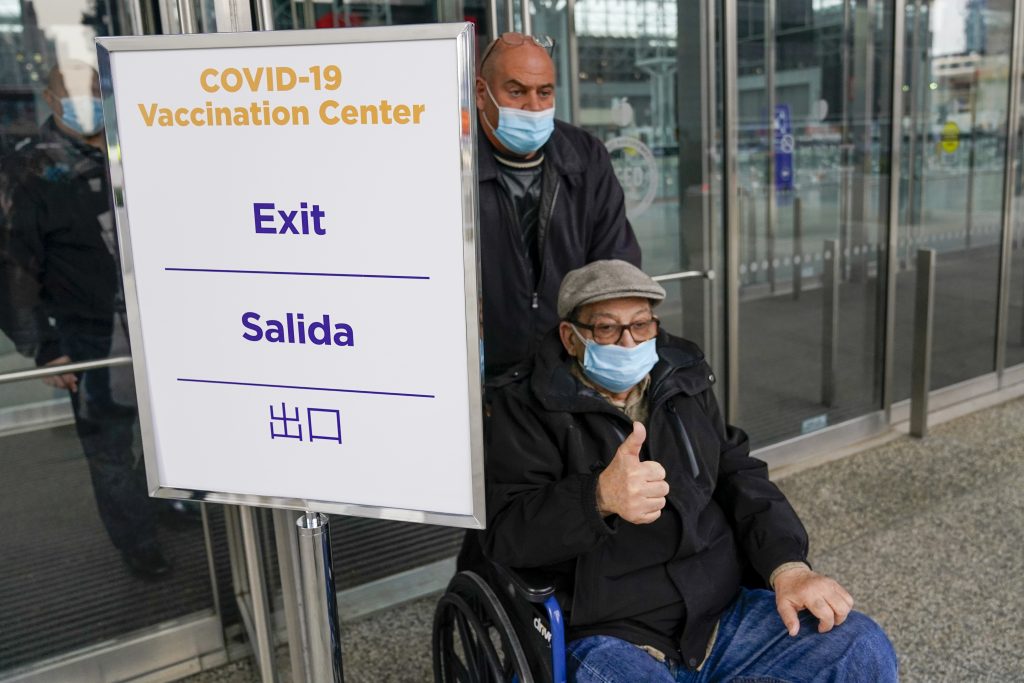 The federal government must speed the delivery of COVID-19 vaccine doses to New York as appointments are snapped up as quickly as they go online, Gov. Andrew Cuomo and New York City Mayor Bill de Blasio said Wednesday.

“At the end of the day, this is a supply issue and we need the federal government to provide us with more vaccine as quickly as possible because there is simply not enough and this is the weapon that will win the war,” Cuomo said.

The Democratic governor said more than 7 million people statewide are now eligible to be vaccinated but the state is receiving just 300,000 vaccine doses a week from the federal government. “We are making the vaccine available based on federal guidance and are continuing to push it out the door quickly and efficiently, but due to the federal government’s limited allocation, appointments are filling up fast,” Cuomo said in a statement.

De Blasio said at his daily coronavirus briefing that the city will run out of vaccine next week “unless we get a major resupply.”

With new 24-hour mass vaccination sites opening daily, de Blasio said the city is on track to meet its goal of administering 175,000 vaccine doses this week.

The mayor acknowledged that some people who qualify for inoculations under the state’s new rules extending eligibility to everyone over 65 have been stymies by the signup process, but he urged them to keep trying.

“When I look at this week and next week the vast majority of appointments have already been booked,” the Democratic mayor said. “But whenever there’s new appointments available, they go up online. So keep coming back to it.”

The drive to vaccinate in New York and elsewhere has ramped up after a shaky initial rollout last month. According to the federal Centers for Disease Control and Prevention, 1.8 vaccine million doses have been distributed to New York state and more than 630,000 have been administered.

Twenty-four-hour vaccination sites being set up all over New York City will include a vaccination hub at Citi Field, where the New York Mets play, opening later this month. City officials are speaking to the New York Yankees owners about making Yankee Stadium available also, de Blasio said.

New York state is setting up vaccination sites as well, including one that opened Wednesday at New York City’s Jacob K. Javits Convention Center, which was used as a field hospital after the coronavirus pandemic first struck last spring.

The vaccination effort comes as New York continues to see thousands of new, confirmed COVID-19 cases every day. Cuomo said nearly 9,000 people were hospitalized with the virus statewide as of Tuesday. “The vaccine is the weapon that ends the war, but we’re locked in a footrace between its quick distribution and the spread of new cases,” Cuomo said.