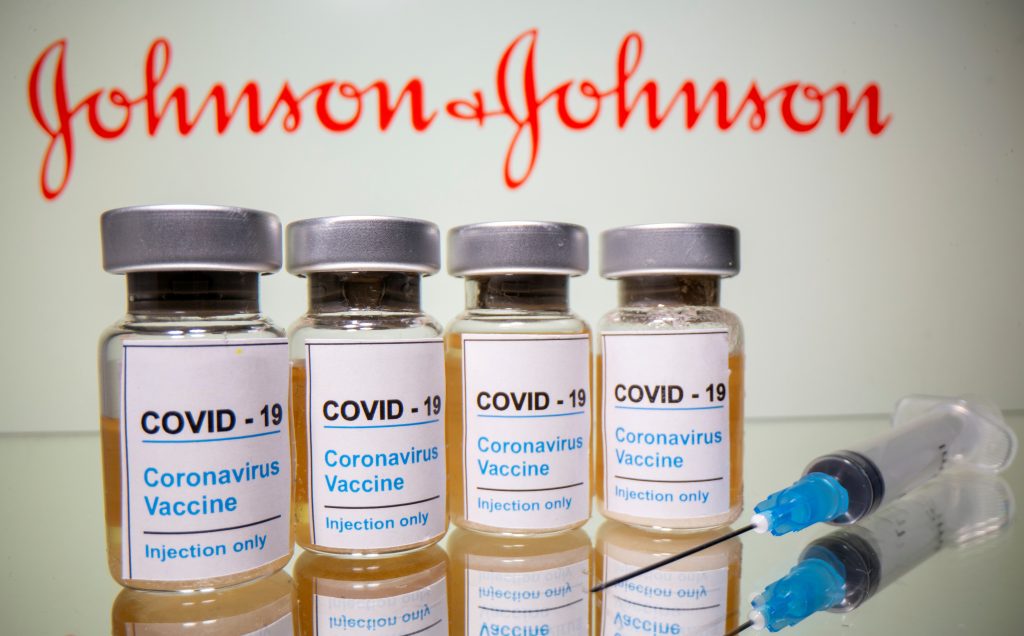 Johnson & Johnson could deliver the first doses of its COVID-19 vaccine to Europe in April, an EU official told Reuters on Wednesday after a top lawmaker said the U.S. healthcare company was likely to seek EU regulatory approval in February.

Clinical data on the vaccine has been assessed by the European Medicines Agency (EMA) since Dec. 1 under a rolling review to speed up possible approval.

A senior EU official, who is involved in negotiations with vaccine makers and spoke on condition of anonymity, said the J&J shot could be available from April 1 in Europe.

Earlier on Wednesday, an EU lawmaker said J&J could seek EU approval for its one-shot vaccine in February.

“EU Health Commissioner Stella Kyriakides announced during our (EU lawmakers) group meeting this morning that the vaccine manufacturer Johnson & Johnson is likely to submit an application for approval to the EU for their vaccine in February,” said Peter Liese, who speaks on health matters for the EU’s centre-right group, the assembly’s largest.

Following Liese’s comments, a spokesman for Kyriakides said: “We cannot give any precise indications regarding an application for conditional marketing authorization, but we of course hope that an application could be submitted in the coming weeks.”

EMA, in a statement, said “a date for submission of a marketing authorization application has not yet been confirmed.”

J&J had no immediate comment on the timeline described by the EU source and the lawmaker, which appeared to be slightly behind expectations for the vaccine in the United States.

J&J Chief Scientific Officer Dr. Paul Stoffels told Reuters the drugmaker expects to have clear data on how effective its vaccine is by the end of this month or early February and was on track for a U.S. rollout in March.

The EU drugs regulator had said in December it expected the J&J to apply in the first quarter of this year.

It took EMA 20 days to approve the vaccine developed by BioNTech SE and Pfizer Inc, and just over a month to authorise the Moderna Inc shot after their applications were submitted in early December. The two vaccines are so far the only ones approved in the EU, while AstraZeneca submitted its application on Tuesday.

“If all goes well, we will already have the fourth corona vaccine available in a few weeks,” Liese added.

The EU has booked 200 million doses of the J&J vaccine and has an option to order another 200 million shots. The J&J vaccine is administered as a single shot, while those from Moderna and Pfizer/BioNTech require two doses three or four weeks apart for full protection.

The EU has invested about 360 million euros ($438 million) to secure the J&J vaccine with a down payment that would need to be complemented with payments by EU governments willing to buy the vaccine after approval.

The U.S. government secured 100 million doses from the company for $1 billion in an August agreement, with an option to buy an additional 200 million doses.