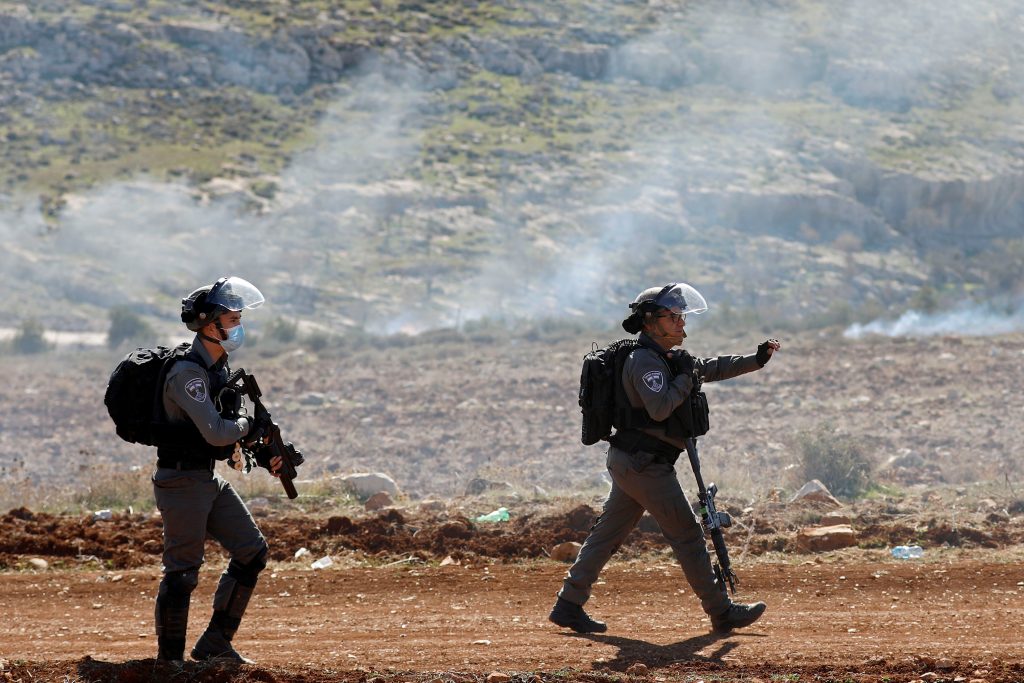 An Israeli security guard was lightly injured in a stabbing attack at the Qalandiya checkpoint near Yerushalayim on Tuesday evening, according to initial reports.

The attacker, a Palestinian man was disarmed and taken into custody.

In an unrelated security item, IDF soldiers arrested a shepherd who deliberately crossed the border from Lebanon to Israeli territory at Har Dov. The suspect was transferred for further investigation by security forces.

Military sources were quoted by Arutz Sheva as saying that the shepherd belongs to a group of shepherds who are known to cooperate with Hezbollah.

In July, a shepherd was identified who had assisted a Hezbollah cell which had attempted to attack Israeli forces.

Also on Tuesday, a Jewish man in his 30s suffered a serious head injury in a rock-throwing incident near the intersections of Southern Havat Gilad.

United Hatzalah volunteer EMT Amichai Levi who was one of the first responders on scene said that “he was transported in moderate condition via a mobile intensive care ambulance of the IDF to the hospital.”