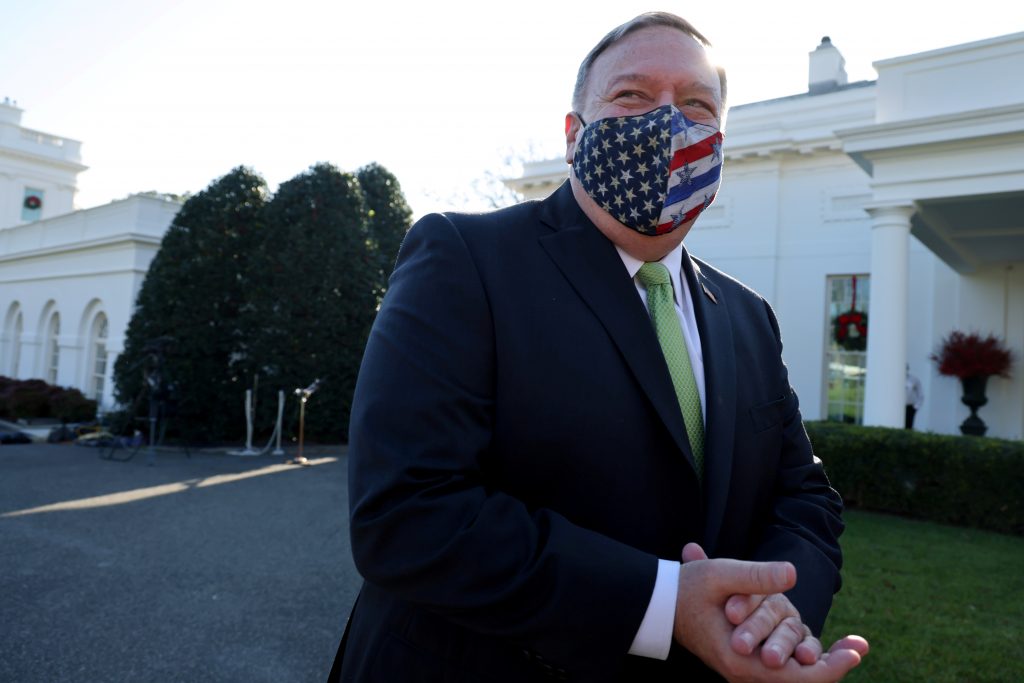 Secretary of State Mike Pompeo plans to use newly declassified U.S. intelligence on Tuesday to publicly accuse Iran of ties to al-Qaida, two people familiar with the matter said, as part of his last-minute offensive against Tehran before handing over to the incoming Biden administration.

With just eight days left in office for President Donald Trump, Pompeo is expected to offer details on allegations that Iran has given safe haven to al-Qaida leaders and support for the group, the sources said, despite some skepticism within the intelligence community and Congress.

It was not immediately clear how much Pompeo intends to reveal in his speech to the National Press Club in Washington on Tuesday. He could cite declassified information on the killing of al-Qaida’s suspected second-in-command in Tehran in August, said the sources, speaking on condition of anonymity.

The New York Times reported in November that Abu Muhammad al-Masri, accused of helping to mastermind the 1998 bombings of two U.S. Embassies in Africa, was gunned down by Israeli operatives in Iran. Iran denied the report, saying there were no al-Qaida “terrorists” on its soil.

Iran has been a target throughout the Trump administration and Pompeo has sought to further ratchet up pressure on Iran in recent weeks with more sanctions and heated rhetoric.

Advisers to President-elect Joe Biden believe the Trump administration is trying to make it harder for him to reengage with Iran and seek to rejoin an international deal on Iran‘s nuclear program.

Pompeo has accused Iran of links to al-Qaida in the past but has not provided concrete evidence.

“There have been times the Iranians have worked alongside al-Qaida,” then CIA director Pompeo said in October 2017.

Earlier accusations by the George W. Bush administration of Iranian links to al-Qaida’s Sept. 11, 2001, attacks on the United States have been discredited. But reports have surfaced over the years of al-Qaida operatives hiding out in Iran.

A former senior U.S. intelligence official with direct knowledge of the issue said the Iranians were never friendly with al-Qaida before or after the Sept. 11 attacks and any claims of current cooperation should be viewed warily.

Relations between Tehran and Washington have deteriorated since 2018 when Trump abandoned Iran‘s 2015 nuclear deal, which imposed strict curbs on its nuclear activities in return for the lifting of sanctions.

Since the beginning of his administration, Trump has imposed sanctions on Iranian officials, politicians and companies in an effort to force Tehran to negotiate a broader deal that further limits its nuclear work.

While sanctions have sharply lowered Tehran’s oil exports and increased the economic hardship of ordinary Iranians, it has failed to bring Iran back to the negotiating table.

Biden has said the United States will rejoin the nuclear deal “if Iran resumes strict compliance.”