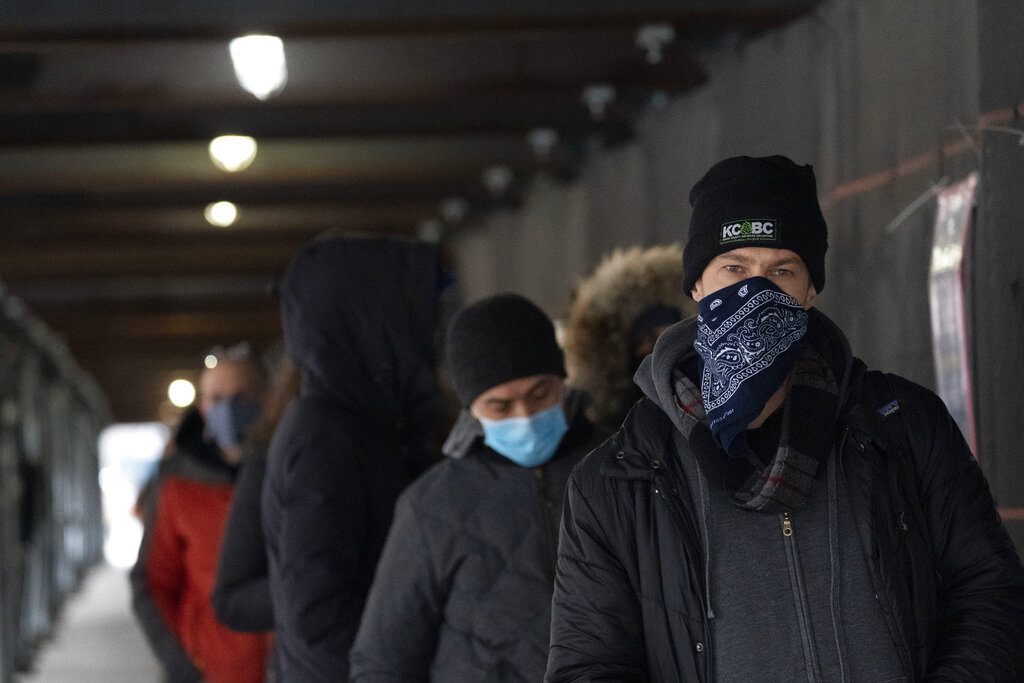 Adults over the age of 65 and any adults with preexisting conditions are now eligible to be vaccinated, Governor Andrew Cuomo said at his Tuesday press conference. “The county health departments should focus on the essential workers, police, fire, et cetera. City health departments and pharmacies, [should handle] the general public because they’re best equipped to handle the general public.”

“The priority is open, 1A, 1B, and now 65-plus, and we have to put out a list of [who’s considered] immunocompromised,” said Cuomo.

Those who have a wide variety of conditions may qualify as immunocompromised. People with cancer, chronic kidney disease, heart conditions, obesity sickle cell anemia, type 2 diabetes and asthma may now be eligible for vaccination.

That would mean an additional 7 million New Yorkers are now in categories that are ready for vaccination, which Cuomo warned may cause vaccine shortages. The state currently gets 300,000 does per week from the federal government.

“I don’t understand how you can have 7 million people chasing 300,000 vaccines every week and not have everyone be oversubscribed,” he said.

Cuomo had been criticized for a rigid hierarchy of who can be vaccinated and when, resulting in doses being wasted when people who desperately wanted them were not yet eligible.

He reiterated that the emphasis should be on healthcare workers, and warned that if doctors and nurses become infected, the entire health system suffers and there will be less time and care afforded to any patient.

“Focus on the populations especially doctors, nurses so we don’t overwhelm the hospitals,” he repeated.

In his own press conference Monday, New York City Mayor Bill de Blasio said the state is allowing the 1B category to include people who live or work in shelters, and grocery-store workers. But the mayor said he would like to be able to go even further, vaccinating “folks who work in bodegas and delis”; as well as all delivery workers, because they are “coming in contact with so many people. They’re serving us. We depend on them. They deserve the right to be vaccinated.”

De Blasio and New York Mets owner Steve Cohen also announced Tuesday that a new 24/7 vaccination center will open at Citi Field in Queens on Jan. 25th, with the capacity to provide 5,000 to 7,000 vaccinations per day.

By the end of this week, in addition to the regular vaccination sites across the city, the city will have a 24/7 site in each borough: 125 Worth Street in Lower Manhattan, which opened Tuesday; the Brooklyn Army Terminal in in Sunset Park and the Bathgate Contract Postal Station in the the Bronx’s Claremont neighborhood, which launched Monday; the Vanderbilt Gotham Health Center in Staten Island, which opens Friday; and at a City health department clinic in Corona, Queens, starting Saturday.

People can find information about all city vaccine locations and make appointments at  vaccinefinder.nyc.gov or by calling 877-VAX-4-NYC, operational 8 a.m. to 9 p.m. daily, will go 24 hour soon. That phone system is open from 8:00 AM to 9:00 PM, and will go to 24 hours  by the end of the week.

Additionally, Cuomo announced Tuesday that five state-run vaccination sites are scheduled to open this week and have begun accepting appointments: The Jacob K. Javits Center in Manhattan, Westchester County Center and New York State Fair Expo Center in Syracuse will  open Wednesday; Jones Beach, Long Island, which opens Thursday; and SUNY Albany, which opens Friday. Fifteen more state sites will open in the coming days, in addition to the many doctor’s offices, Health Department centers, and pharmacies that are offering vaccines as well, for those eligible.

Appointments are required to receive a vaccine.

The state site to check for eligibility and make appointments is am-i-eligible.covid19vaccine.health.ny.gov or by calling 1-833-NYS-4-VAX.

Due to federal supply limits – New York State is currently receiving only 300,000 vaccine doses per week – Cuomo cautioned that wait times for the vaccine appointments may be as long as 14 weeks.