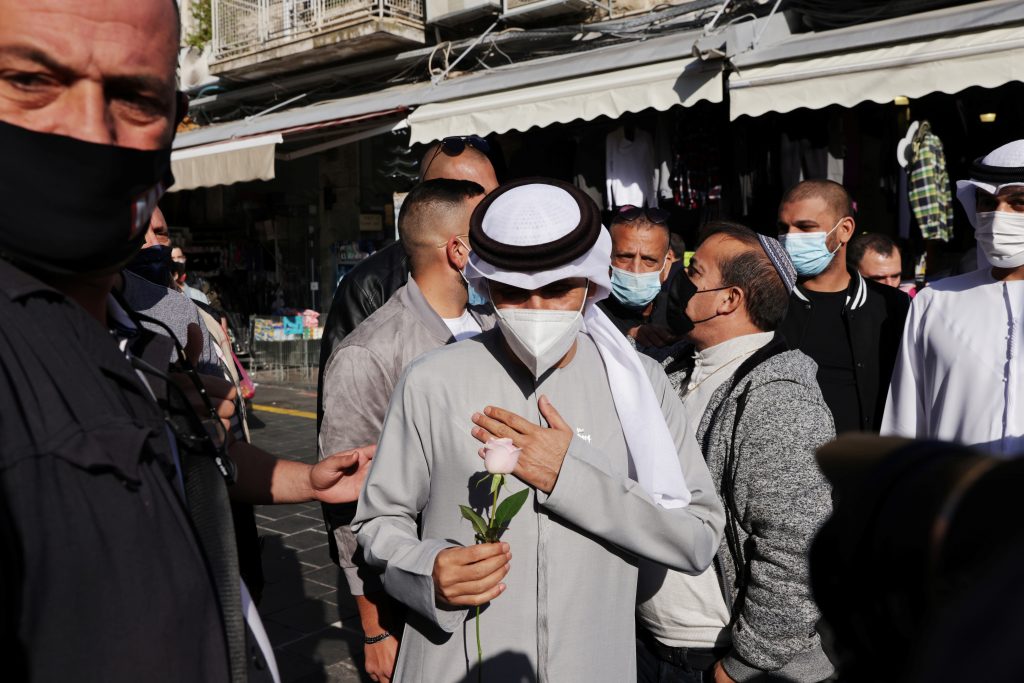 Working in close quarters, surrounded by maps of the Middle East, a small team based in Israel’s foreign ministry are focusing their sights on the Arab world.

Their mission: using social media to convince Arabs to embrace the Israel.

The team is spearheading an Arabic-language campaign via platforms such as Facebook, Twitter and Instagram as part of a multi-pronged diplomatic effort to win over popular acceptance in the Middle East.

But overturning decades of hostility is no easy feat, despite Israel in recent months having secured landmark Washington-brokered deals with the governments of the United Arab Emirates, Bahrain, Sudan and Morocco.

The magnitude of the task was underscored by a recent online backlash after photographs of Egyptian actor Mohamed Ramadan with Israeli celebrities in Dubai surfaced on social media in November, along with “Hava Nagila” playing in the background.

Israeli officials acknowledge the challenges of the task in a region where there is widespread support for Palestinians.

Yonatan Gonen, who heads the Arabic-language social media unit, said in an interview that they posted the photos to show “normalization” between Israelis and Arabs. He acknowledged that the furor was disappointing but said there were also positive responses and that “it takes time, people change their minds over generations.”

Ofir Gendelman, a spokesman for Israel’s prime minister, said increasing numbers of Arabs view Israel as an ally and many publicly show their support on social media. “As regional peace expands further, talking to our neighbors in their own language becomes even more important,” said Gendelman, adding that Israel plans to expand its outreach in Arabic.

An October report by Israel’s Ministry of Strategic Affairs found that during August and September more than 90% of Arabic social media commentary regarding the “normalization” deals was negative.

“Israel must prepare to commence a protracted campaign online to win hearts and minds in favor of creating stronger ties with Israel,” according to a detailed summary of the report shared with Reuters by the ministry. A ministry official said that by January the level of negative commentary had fallen to 75%.

With messages such as “Salam, Shalom” – the Arabic and Hebrew words for peace – the campaign heavily features what Gonen refers to as “soft content,” such as music, food and sport. The team also posts about Israel’s adversaries such as Iran, Hamas and Hezbollah.

Established in 2011, the Arabic-language unit has significantly ramped up activity since late summer when news of the first accord was made public. The team currently publishes up to 700 or so social media posts a month, about 15% to 20% more than before the deals, Gonen said.

Gonen says the aim is to create “engagement, interactions and dialogue” with Arab audiences. He said his team reaches 100 million people monthly via its social media accounts, which is double what it was a year ago.

Still, the Jewish state still faces widespread opposition to its reconciliation efforts across the region, which is home to more than 400 million Arabic speakers.

Michael Robbins of the Arab Barometer, a non-partisan research network that studies attitudes across the Arab world, said a post-normalization survey by his group in Morocco, Algeria, Tunisia, Libya, Jordan and Lebanon suggested that the efforts of Israel and its regional allies “have had little if any effect on the views of ordinary citizens.”

He said they lacked data from Gulf countries, which did not permit them to ask questions that name Israel, but that attitudes in the countries they did conduct surveys had changed little from previous years.

“Overall, these results suggest that Israel’s strategy to win hearts and minds is failing. Few Arab citizens regardless of age or geography have positive views toward Israel,” Robbins said.