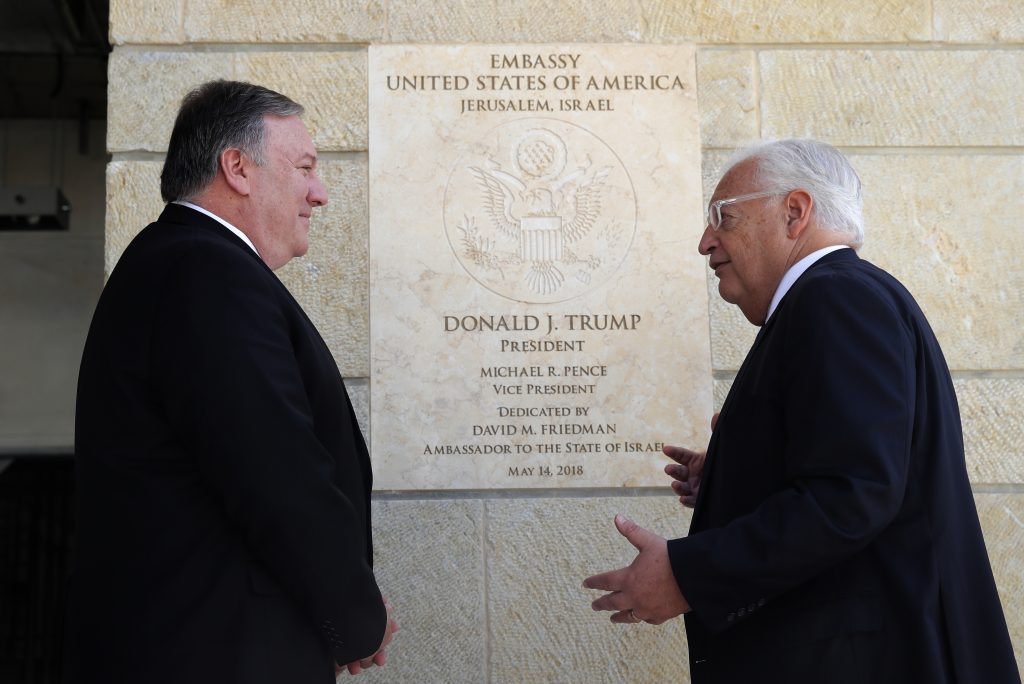 A move is afoot to expedite the approval of a permanent location for the U.S. Embassy in Yerushalayim, at the behest of Israeli Prime Minister Binyamin Netanyahu‏‏, according to the Kan news network.

Under pressure from the Prime Minister’s Office, a Yerushalayim Municipality committee has scheduled an urgent meeting on Wednesday to grant clearance for two possible locations for the embassy: either to convert the existing temporary embassy in the Arnona neighborhood of Yerushalayim into a permanent one, or an alternate site in the capital’s Talpiot section, in a diplomatic compound currently under construction.

No official reason was given for the hurry-up. But it was suggested that it’s an attempt to additional facts on the ground that would make it harder for the upcoming Biden administration to reverse President Trump’s decision in 2019 to move the embassy from Tel Aviv to Yerushalayim. This, despite statements made during the presidential camp by Biden spokespersons that the president-elect does not intend to reverse the move.