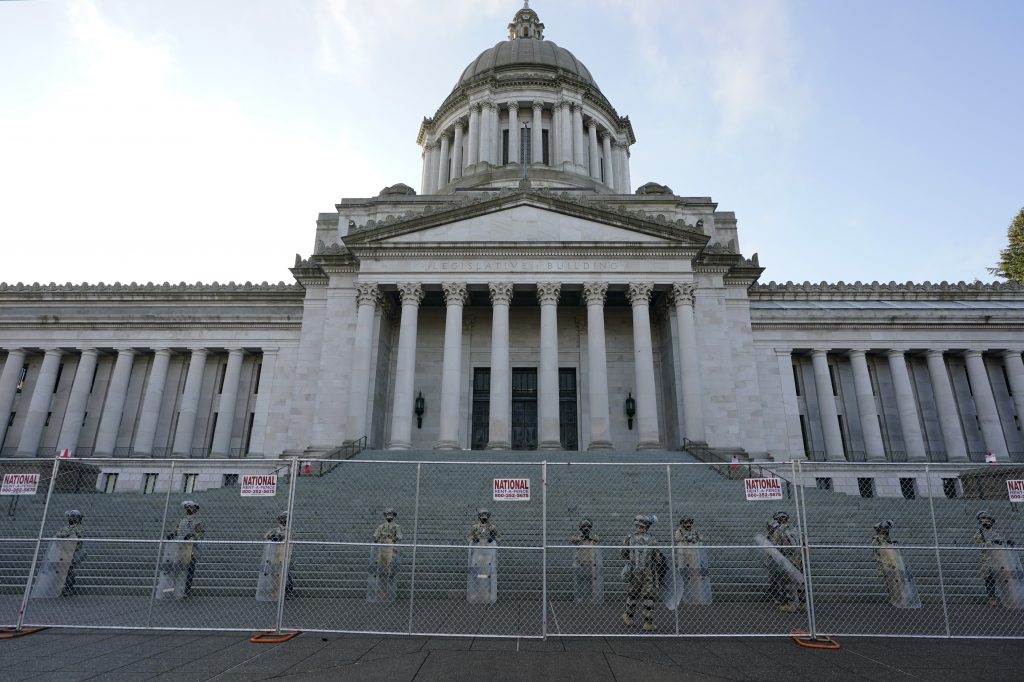 As the reverberations of the attack on Capitol Hill last Wednesday continue to rattle the country, the ensuing debate of what, why, and how this happened is, as expected, proceeding along partisan lines.

As the Democrats seek to take full advantage of this tragic saga to settle scores with President Trump and call for impeachment proceedings against a President with only days left in office, many of the President’s supporters continue to defend him and to passionately decry what they see as a stolen election.

As is often the case, the truth is likely somewhere in the middle.

Scenes of angry rioters using violence to protest what they perceive as in injustice is unfortunately not a new concept in America. Most recently, arsonists and vandals purporting to be part of a movement protesting police brutality pillaged and set fire to stores and buildings in cities across America.

Those attacks were very different than the attack in Washington. There the primary victims were innocent business owners with no connection to any alleged misdeeds by law enforcement authorities. In some cases, the neighborhoods they were setting alight housed the very minorities whose rights they were supposedly fighting for.

On the other hand, as reprehensible as those riots were, they weren’t an attack on a government and they weren’t an effort to stop a democracy from certifying the results of an election.

In the eyes of much of the world, the attack on the Capitol was an attack on America from within, and the damage it did to America’s international prestige was significant.

The common denominator of these different riots is that they represented a total breakdown of law and order. It is likely that at least some of the criminals who broke into Congress were not motivated by a connection to the President’s cause, but were simply anarchists seeking to cause mayhem. This may help explain why at least one of the individuals is said to appear in images from both the attack on Congress and a BLM riot months ago.

Others presumably were so distressed at what they saw as a stolen election being awarded to the wrong party that they decided to try to take matters into their own hands — with tragically fatal results.

This in turn leads to the burning question of culpability: Can you hold a speaker at a rally — in this case the President — responsible for everything the protesters go on to do, even if he did not in any way call on them to storm the Capitol and stop the congressional proceedings? Can this possibly be considered an impeachable offense?

While federal authorities continue to investigate what happened, at this early point it would seem that articles of impeachment — let alone calls for invoking the 25th Amendment — are unwarranted even for a President with a significant amount of time left in office. In addition, since neither effort can happen without a two-thirds majority in the Senate, it is an exercise in futility.

At the same time, serious errors in judgement were made by the White House in the weeks and days that led up to last week’s deadly riot. Undertaking a legal battle against election results that are thought to be fraudulent is a perfectly appropriate way to exercise one’s rights in a democracy. But somewhere along the way, one must also know when to accept the reality that the legal journey has ended.

Whether, as many Americans still firmly believe, there is evidence of widespread fraud, or, as numerous judges — some of which are Trump appointees — as well as supporters including then-Attorney General Bill Barr and other Republicans have asserted, no such evidence actually exists, the effort had run its course. After being twice rejected by the Supreme Court, as well as some 90 other judges in lower courts, it became apparent nearly a month ago that there was no legal path left.

It doesn’t take a constitutional expert to know that the assertion that somehow Vice President Pence had the power to “send back” the results to the states was absurd. For one thing, the idea that a single individual would have the ability to reject election results submitted by 50 states, representing votes cast by tens of millions of people, goes against everything a democracy stands for. Furthermore, even if a Vice President was given this power, he would have a moral obligation to recuse himself in this case, as his name is quite literally on the very slate whose fate he is purportedly entrusted with.

Like every President in recent history, the current occupant of the White House has rightfully taken responsibility for everything that went well under his leadership. Whether it was the economy — which flourished under his watch until the pandemic hit — the booming stock market, or the vaccines, it is all being chalked up to his credit.

A compelling claim can be made that the President also has some sort of moral responsibility for what happened when a rally he called for — and a day he predicted would be “wild” — spun out of control. The first video message, calling on protesters to “go home, we have to have peace,” also included telling the rioters, “You’re very special.” It took far too long for the White House to condemn the rioters and confirm that there will be a peaceful transition of power.

Ultimately, however, finger-pointing and exchanging accusations will not help the nation heal. It’s imperative that both sides of the political divide take a step back and start putting the good of the country before their own political interests. Instead of wasting the government’s time by engaging in futile and meaningless impeachment proceedings, the Democrats should work on legislation that will actually be helpful for suffering Americans. Republicans, for their part, need to accept the reality that President Trump will leave office on January 20.

One idea that has been floated in the past days that deserves serious consideration is that of a bipartisan commission comprised of independent, respected experts, tasked with investigating the fairness of the recent election and the attack on Capitol Hill, as well as the role of social media in censoring the President’s messages.

There are far too many unanswered questions, and the American people want answers. The very notion that their deeply-held concerns about the election are being addressed in a responsible way will hopefully calm the flaring tempers of the President’s supporters who feel cheated and victimized.