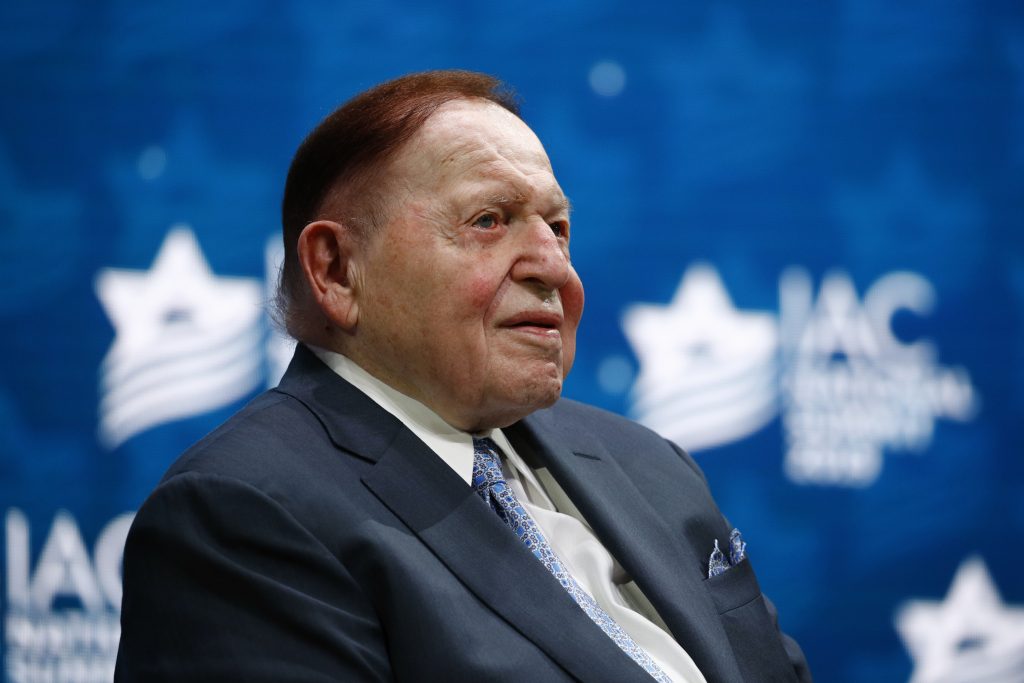 American mogul Sheldon Adelson, who was one of the world’s richest men and became a potent supporter of President Donald Trump and Prime Minister Binyamin Netanyahu, has died at age 87.

His death was confirmed in statements by his wife, Dr. Miriam Adelson, and by Las Vegas Sands.

“In Las Vegas, Macao and Singapore, Mr. Adelson’s vision for integrated resorts transformed the industry, changed the trajectory of the company he founded, and reimagined tourism in each of those markets,” the company said. “His impact on the industry will be everlasting.”

“When the pandemic disrupted daily routines and dramatically impacted his business, Mr. Adelson was adamant that our Team Members across the globe continue to receive full pay and health-care benefits even while the buildings in which they worked were closed,” his company stated.

“There are countless additional untold stories of his warmth and generosity – efforts for which he never sought recognition or publicity and would only reply with a smile if asked about them.”

His wealth made him a formidable figure in U.S. politics as he bankrolled Republicans, including businessman-turned-president Trump, and fought Democrats. He also was a prominent supporter of Israel. Through the Adelson Family Foundation, he has donated tens of millions of dollars to Yad Vashem, Birthright, IDC Herzliya, and numerous other causes in Israel, the United States, Singapore and Macao.

Adelson was also the owner of the Yisrael Hayom newspaper in Israel.

A funeral will be held in Israel.