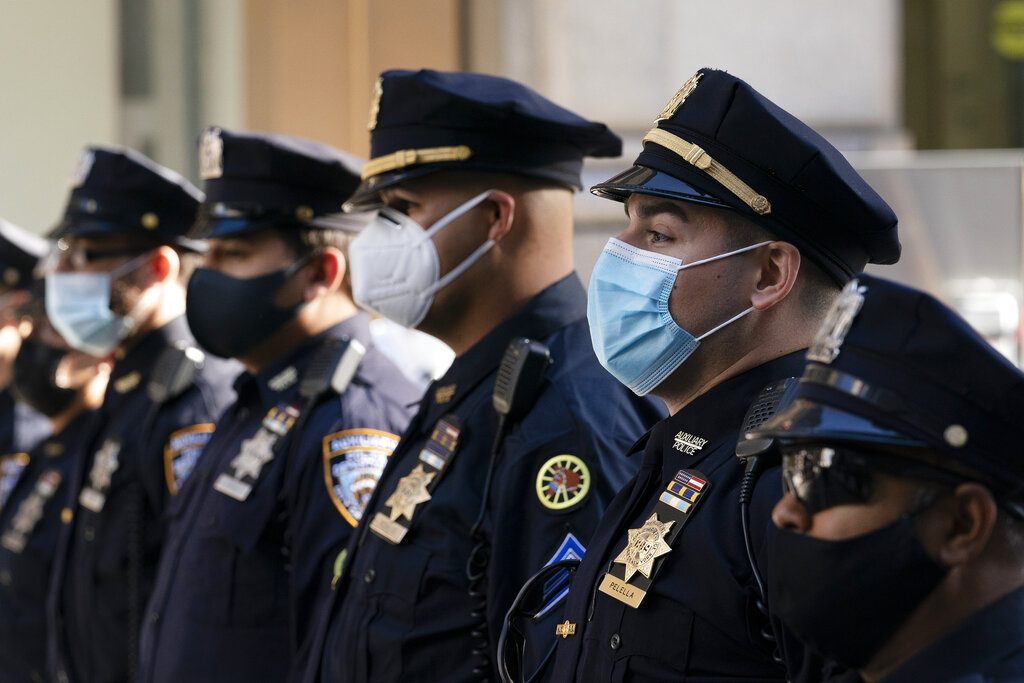 Any New York City employee who was involved with the mob attack on the Capitol will be fired, Mayor Bill de Blasio said at his press conference Monday.

The attack left five dead, including a police officer who was beaten by the mob.

“If we have proof that someone violently attacked our United States government, they will not be working for New York City any longer,” de Blasio said. He specifically said any firefighters or police officers who may have been involved will be facing immediate suspension.

The FBI is investigating the possibility that FDNY personnel may have been part of the mob, the New York Post has reported.

At least one NYPD officer is under investigation for possible participation.

“I can tell you that there is one investigation that is active on one member. There is no name yet released because we don’t know yet if it’s true or not, but I can tell you that anyone committing crimes certainly would have a very short shelf life with the NYPD,” said Police Commissioner Dermot Shea in an interview with NY1.

The city is sending 200 police officers to help secure the Capitol during Joe Biden’s inauguration on January 20th.