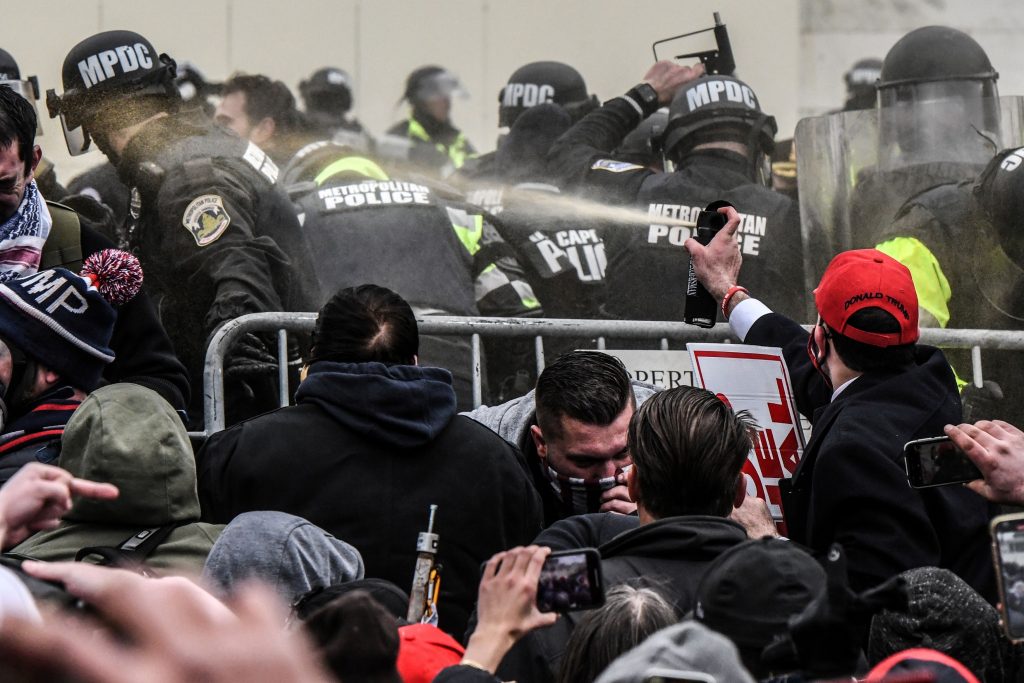 A West Virginia state lawmaker and a man pictured sitting at an aide’s desk in U.S. House of Representatives Speaker Nancy Pelosi’s office are among those facing federal charges stemming from the siege on the U.S. Capitol by President Donald Trump’s supporters, federal prosecutors said on Friday.

In a related development, Acting Attorney General Jeffrey Rosen announced the FBI would team up with Washington’s police department to jointly investigate the death of Capitol Police Officer Brian Sicknick, who was injured while defending the U.S. Capitol on Wednesday.

“Just because you’ve left the D.C. region, you can still expect a knock on the door if we find out you were part of the criminal activity at the Capitol,” Steven D’antuono, the FBI Washington Field Office’s assistant director in charge, told reporters in a telephone news briefing.

The Justice Department on Friday released details on 13 defendants who were charged in the U.S. District Court for the District of Columbia for their roles in connection with the Capitol riots.

They included Cleveland Meredith, who was charged with threatening Pelosi as well as possession of an unregistered firearm and unregistered ammunition, and Richard Barnett, the Gravette, Arkansas, man who was photographed sitting at Pelosi’s desk and is also known as Bigo.

“The shocking images of Mr. Barnett with his boots up on a desk in the speaker of the House’s office on Wednesday was repulsive,” Rosen said in a statement. “Those who are proven to have committed criminal acts during the storming of the Capitol will face justice.”

Among others facing charges were Lonnie Coffman of Falkville, Alabama – whose truck parked near the Capitol and inspected by police contained 11 Molotov cocktails as well as firearms – and Mark Leffingwell, who is accused of assaulting a police officer.

Ken Kohl, a prosecutor in the U.S. Attorney’s Office, told reporters in the news briefing that West Virginia Delegate Derrick Evans also faces criminal charges after he apparently “recorded himself storming the Capitol.”

Leffingwell and Meredith both made virtual court appearances in Washington, D.C. on Friday evening. Several others appeared in federal court in other states.

In addition to the 13 people facing criminal charges in U.S. District Court, another 40 people were facing lesser charges in the District of Columbia Superior Court, a local venue.

Many of those individuals were arraigned on Thursday and released, with an order from the judge not to return to Washington unless it is for court appearances or meetings with their attorneys.

D’antuono on Friday declined to characterize the probe of Sicknick’s death as a homicide investigation during the briefing, saying the circumstances were still being reviewed.

“We’re not going to go into it at this point because it’s an active investigation,” he said.

Capitol Police confirmed late on Thursday evening that Sicknick had died after suffering injuries while on duty at the U.S. Capitol during the riot.

After being injured by protesters, the officer returned to his office where he collapsed. He died at a hospital.

Capitol Police have said the Washington police’s homicide unit was probing the death.

Pelosi on Friday ordered flags at the Capitol lowered to half-staff in honor of Sicknick.